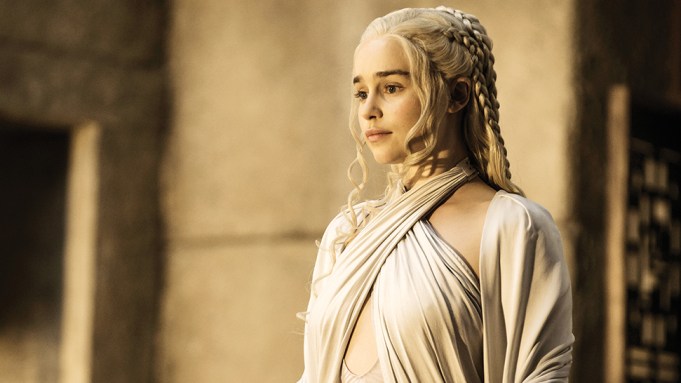 Emilia Clarke did the Funky Chicken and robot dances during her “Game of Thrones” audition, the actress revealed while chatting with Jay Duplass for Variety and PBS’ fourth season of “Actors on Actors.”

“David Benioff and Dan Weiss and Frank Doelger and Carolyn Strauss — all producers on the show, showrunners — they had seen me in England and they had brought me over. And they were kind of, ‘Oh so this chick we found somewhere in London who’s done nothing but one episode of a daytime TV show, we’d like her to be this main character on this new show we’re doing.’ So, I needed to go in and be like, they weren’t crazy,” Clarke said.

“So then I went in and I did the scenes and then I was like, ‘Can I do anything else? Is there anything else you want me to do?’ And, David Benioff was like ‘You can do a dance’ LOL as a joke and I took him so seriously,” she added.

Clarke, who plays Khaleesi on the hit HBO fantasy drama, admitted to being scared before flying to Los Angeles for the audition and avoiding sugar to look her best, per her friend’s advice. But that quickly changed when she got “jacked up” on soda right before reading for the part.

The two-part fourth-season premiere of “Variety Studio: Actors on Actors” airs June 12 and June 19 on PBS SoCal. The episodes will also be available to stream on Variety.com.