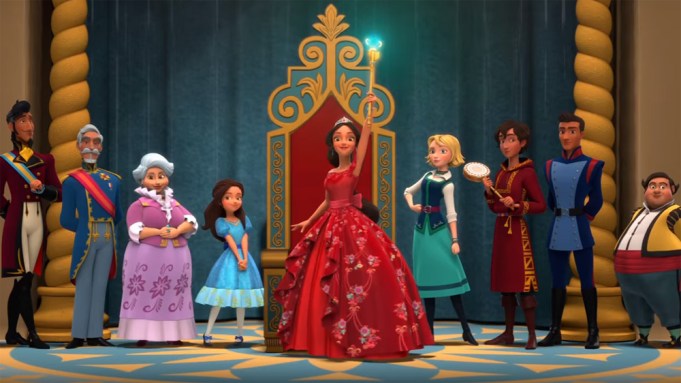 Disney has officially inducted its first-ever Latina princess. On Tuesday afternoon, Disney Channel released the first trailer for “Elena of Avalor,” set to debut July 22 at 7 p.m. on the kids’ network.

The new animated series follows Princess Elena after she’s saved her kingdom from an evil sorceress, only to now be tasked with ruling over Avalor. Elena faces trials and triumphs with the help of trusted advisors and magical, flying friends.

“Disney’s been in my family for a very long time and just to see my own images represented, my own culture represented, is really special and I hope it will be for everybody watching,” Carrero told USA Today.

“Elena of Avalor’s” magical kingdom will “incorporate influences from diverse Latin and Hispanic cultures,” including music, architecture, food, folklore and traditions, according to Disney.

Show creator and executive producer Craig Gerber said “it was very important to us that, since we were doing a show with a kingdom inspired by Latin American culture, that we get that right.”

He added, “even though it’s a fairytale world, there are things that feel very authentic.”

Disney also has a TV movie titled “Elena and the Secret of Avalor,” set for the fall, in the works, along with theme park appearances by the character and merchandise.