‘Duck Dynasty’ to End After Current Season on A&E 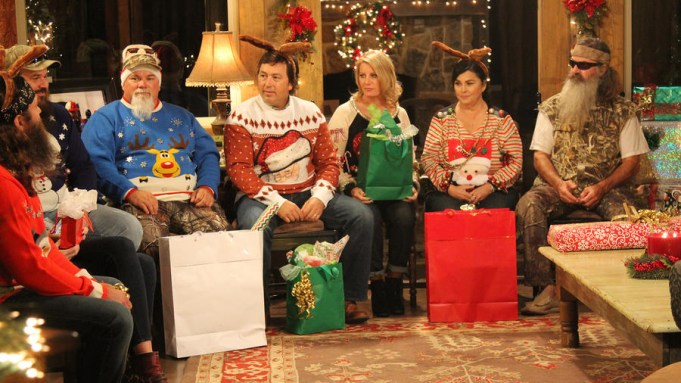 “Duck Dynasty” is coming to an end.

The A&E reality show, revolving around the Robertson family, will wrap up after its current 11th season, which premiered tonight.

Ending the show was a joint decision between the cast and the network. Knowing that the series would be coming to an end, the Robertson family decided to make the announcement at the top of the new season so that fans could enjoy the final episodes and the “Duck Dynasty” holiday specials. (Watch the cast announcement, which aired tonight on A&E, above.)

The show outlived what many thought would be a cancellation in 2013 when cast member Phil Robertson made anti-gay remarks and inflammatory statements about African-Americans in a GQ interview that became highly publicized. The controversy made national headlines, and resulted in his suspension from the show, though A&E did not ax “Duck Dynasty,” which at the time was a ratings juggernaut.

Season 11 of “Duck Dynasty” will run consecutively through Jan. 18 and then take a hiatus until March 1 for the final seven episodes. The series finale is set for Apr. 12, 2017.