‘The Newsroom’s’ ‘Will McAvoy’: Donald Trump Is Not the Best Case Scenario for Hillary Clinton 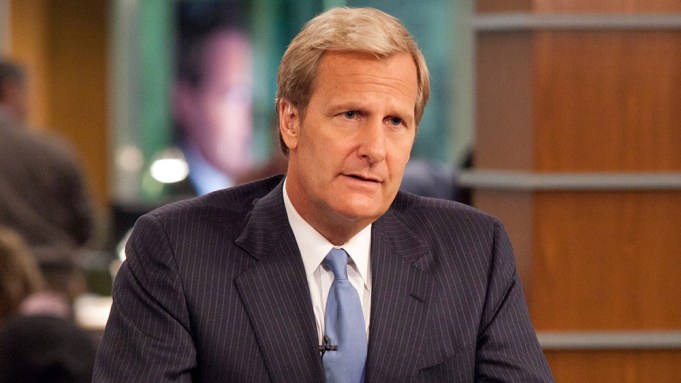 Is Donald Trump the best case scenario for Hillary Clinton? Not according to the “The Newsroom’s” speed-talking Will McAvoy, played by Jeff Daniels, who is back in this spoof from Bloomberg Politics’ Mark Halperin and John Heilemann, to level with the American people as only an imaginary television character can.

“He’s not the best case scenario!” McAvoy exclaims winding up his rant over Sorkinian music, channeling the powerful newsman’s frustration with the media.

“Donald Trump is a fact-bending loose cannon who alienates voters with everything he says. But he gets constant media attention for free. There won’t be a day from now until November when Trump isn’t on every TV channel.”

As if expressing what Halperin and Heilemann wish they could say on air, McAvoy points out that plenty of other countries already have female heads of state.

“And with a straight face you’re going to tell me that electing a woman is unprecedented. Germany elected a female chancellor. Brazil elected a female president — Demark, Poland, Korea, Argentina, Norway, Liberia, Cyprus are run by women. Twenty-two sovereign states in the world have already beat us on this.”

Rattling off stats, McAvoy argues most Americans are not excited about Hillary Clinton, and manages to work in a crack about Donald Trump.

“Ok, ‘Game Change’ guys. Just in case you accidentally find yourself writing a third book, there are some things you should know, and one of them is there is absolutely no evidence to support the statement Trump is the best case scenario for Hillary Clinton — 38% of people gave her a favorable rating, 30% of the people said she’s honest and trustworthy, and just 30% of Democrats say they are enthusiastic about her being the nominee. Sure she beats Trump in some categories like millennials, who don’t even show up to vote, she also leads on the number of messages deleted on her personal email server. But you ask what makes Trump the best case scenario for Hillary. I don’t know what the f–k you are talking about. His tiny hands?”