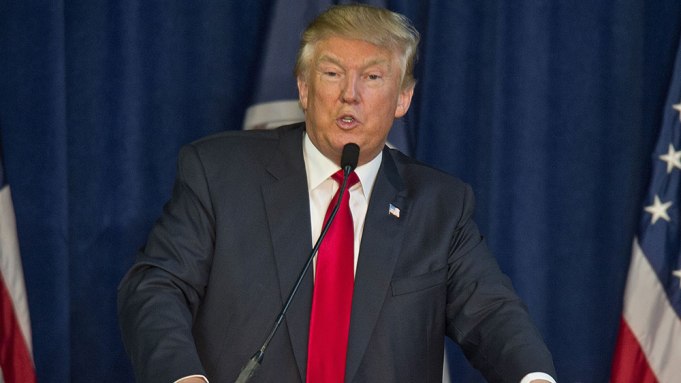 Donald Trump’s presidential campaign is preparing to make its first TV advertising buys, with the candidate vowing to spend $2 million a week in Iowa and New Hampshire in his quest for the GOP nomination.

Trump unveiled his first TV spot on Monday, which emphasized his recent calls to temporarily ban Muslims from entering the U.S. and to crack down on illegal immigration.

Trump’s campaign said it would spend $1.1 million in Iowa and nearly $1 million in New Hampshire, the two states with the earliest votes in the primary season. Iowa holds its caucuses on Feb. 1; New Hampshire holds its primary on Feb. 9.

“I am leading in every poll by wide, double digit margins. We have tremendous crowds, incredible support from all over the country and I am $35 million dollars under budget,” Trump said in a statement. “We have spent the least amount of money and have the best results and this is the kind of thinking the country needs. I am very proud of this ad, I don’t know if I need it, but I don’t want to take any chances because if I win we are going to Make America Great Again.”