‘Doctor Who’ Is Back in 2016 Christmas Special Trailer (Watch) 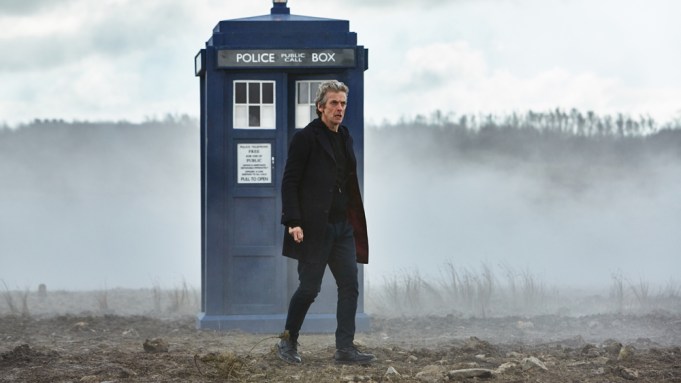 Fans of the BBC series “Doctor Who” are in for an early Christmas treat, as the network released a trailer on Friday for the latest upcoming Christmas special titled “The Return Of Doctor Mysterio.”

The special follows the Doctor as mind-altering aliens threaten to attack Manhattan. He teams up with a reporter and a mysterious figure known as “The Ghost” to attempt to save the day.

Peter Capaldi stars as the Doctor, alongside Matt Lucas, Justin Chatwin, Charity Wakefield, Tomiwa Edun, Aleksandar Jovanovic and Logan Huffman. The episode is directed by Ed Bazalgette from a script written by Steven Moffat. Brian Minchin is the executive producer, alongside producer Peter Bennett. Though set in America, the episode was filmed in the U.K.

A 30-second teaser for the Christmas special was released on Twitter. In it, the Doctor announces, “I’m back.” We get a glimpse of “The Ghost” who soars through the sky wearing a mask. His identity may or may not be revealed during the 60-minute special.

Is it a bird? Is it a plane? No, it's the trailer for The Return of Doctor Mysterio! #DoctorWho pic.twitter.com/uY7dyVEmtN

“Is it a bird? Is it a plane? No, it’s the trailer for The Return of Doctor Mysterio! #DoctorWho,” reads the latest tweet.

“The Return Of Doctor Mysterio” is set to premiere on the BBC Christmas Day.