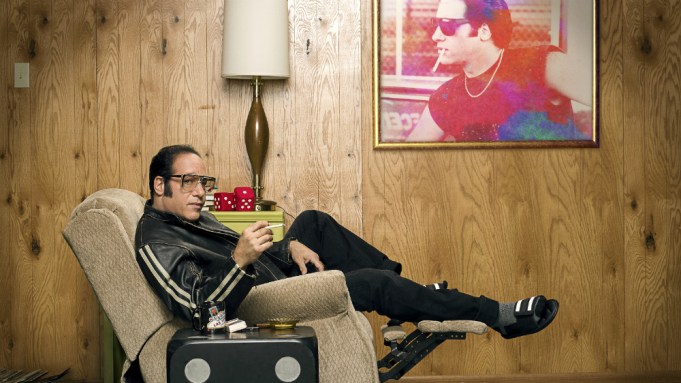 The show, which premieres April 10 at 9:30 p.m. on the premium cabler, is a scripted semi-autobiographical series following the comedian’s attempt at a career resurgence. Clay moves his family to Las Vegas to try and live his life while still trapped in the skin of “The Diceman.”

“Maybe you forgot, ’89?” Clay says in the trailer. “The most famous comic to ever walk the planet Earth.”

While trying to jump start his stand-up career, Clay also deals with repaying his gambling debts, managing his sons’ rock band, and fending off fans. He also has his comedy show paired with magician Criss Angel’s act, which he has a few problems with.

“I’m telling you, I get it,” Clay says to Angel. “You’re intense, you wear the tight clothes. But you want to last on the strip, you’ve got to put some animals in there.”