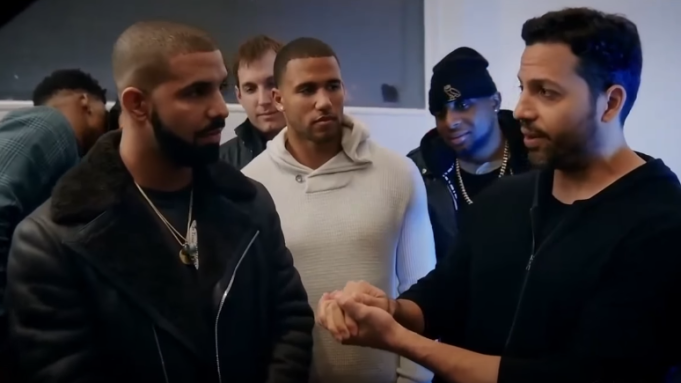 Magician David Blaine had Drake, Dave Chappelle, and Stephen Curry in a tizzy over an amphibious magic trick.

On Tuesday night’s ABC special “David Blaine: Beyond Magic,” the celebrity magician met with the trio, asking Chappelle to draw a creature that could fit in the palm of his hand. After the comedian drew a frog, Blaine promptly picked up a champagne flute and spit a small frog into the glass, as onlookers yelled in shock.

Blaine proceeded to spit out two more frogs through the duration of the clip, not before backing Chappelle into a corner with the froggy flute.

He then asked Curry to check to make sure his mouth was empty before spitting out yet another frog, sending the crowd into another uproar.

Twitter was equally as impressed with the trick. See some reactions below:

Thank you David Blaine for distracting us with your vomiting frog trick.