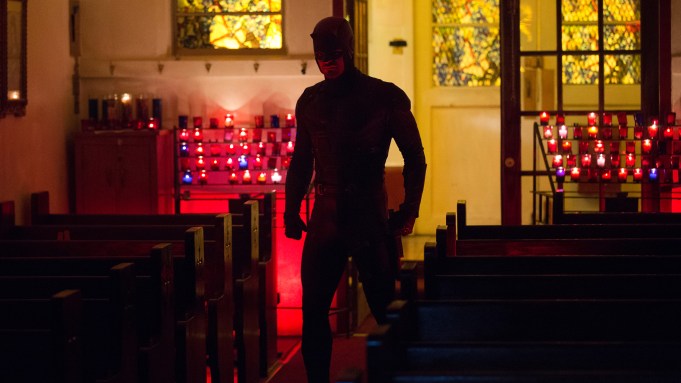 A new teaser, poster and press photos of the sophomore season have also been released and suggest that it isn’t a comicbook canon that could be in jeopardy this year. Charlie Cox’s blinded hero Matt Murdoch is a Catholic and there are several photos of him in church. But the teaser and poster reference Michelangelo’s Sistine Chapel and suggest there’s cracks in the foundation.

As is Netflix’s custom, the new “Daredevil” episodes will hit the digital channel at 12:01 a.m. on March 18.

All publicity still images are courtesy of Patrick Harbron/Netflix.