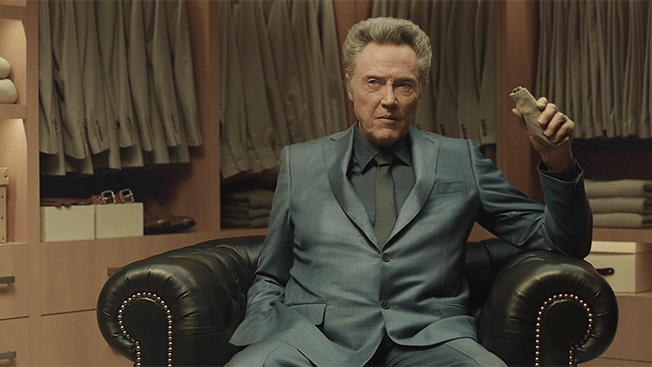 With the Super Bowl quickly approaching, Broncos and Panthers fans shouldn’t be the only people hyped about the Feb. 7 face off. Kia Motors has released a sneak preview of its Super Bowl commercial, which will feature Christopher Walken.

The 60-second commercial is aptly titled “Walken Closet,” and, not surprisingly, the preview shows Walken sitting in a large, walk-in closet. The new ad is for the 2016 Optima midsize sedan.

Car companies frequently tap in to the entertainment industry for Big Game commercials. Last year during the Super Bowl, Kia, Toyota and Jaguar took inspiration from “The Matrix,” the Muppets and villains from “Thor,” “The Avengers,” “Iron Man 3” and “Sherlock Holmes.”

Kia’s 2015 Super Bowl ad for the premium K900 replicated “The Matrix” trilogy to a T. The commercial brought back Laurence Fishburne in his leather trenchcoat to reprise his role as Morpheus.

Super Bowl commercial slots are still coveted in the advertising world. The average cost for a 30-second advertisement during the Big Game has increased 76% during the past decade, and reached $4.4 million in 2015, according to Kantar, a tracker of ad spending.

Ad “teasers” have popped up in recent years to capture viewers’ attention before the game even starts. Alongside Kia, Anheuser Busch and InBev have already given audiences a sneak peak.