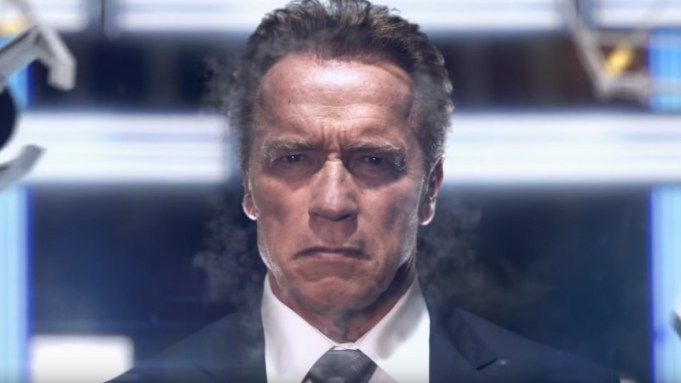 Getting fired is going to be even more daunting as Arnold Schwarzenegger steps into Donald Trump’s shoes as the boss in NBC’s “Celebrity Apprentice.”

In the first look at the new season, Schwarzenegger semi-reprises his “The Terminator” role as the promo pays homage to the iconic science-fiction franchise that made the former “Governator” a household name. His firing phrase is yet to be determined, however.

Schwarzenegger’s early bodybuilding years are getting the TV treatment. Schwarzenegger will also be starring in “Why We’re Killing Gunther,” written and directed by “Saturday Night Live” alum Taran Killam, who was recently cut from the upcoming season of the show.

The new season of “Celebrity Apprentice” will premiere in January 2017.