Watch: Bryan Cranston Channels Lyndon B. Johnson in ‘All the Way’ Trailer 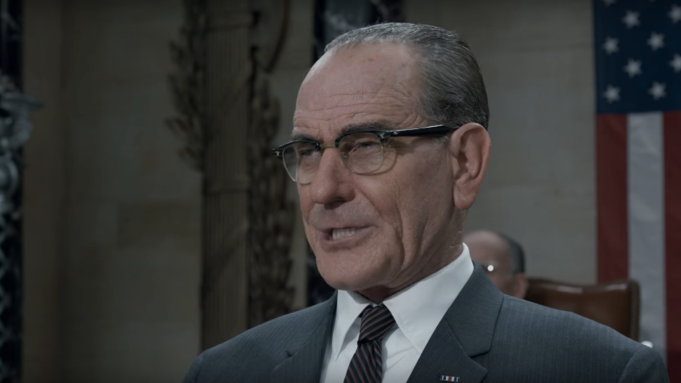 Walter who? Bryan Cranston is a long way from “Breaking Bad” in the trailer for HBO Films’ “All the Way,” in which he plays President Lyndon B. Johnson.

Based on the play by Robert Schenkkan, for which Cranston won a Tony after a six-month Broadway stint in 2014, “All the Way” follows Johnson’s ascension to the presidency following the assassination of President John F. Kennedy.

Cranston said he didn’t hesitate when the offer to adapt “All the Way” came in from HBO because the lesson of the play, about the moral and political courage it took Johnson to push forward on the Civil Rights Act in 1964, was so vital.

“We could now reach millions more and tell this important story by way of HBO,” Cranston said at TCA in January.

In addition to the Tony, the role won Cranston the Drama Desk, Outer Critics Circle and Theater World Awards.