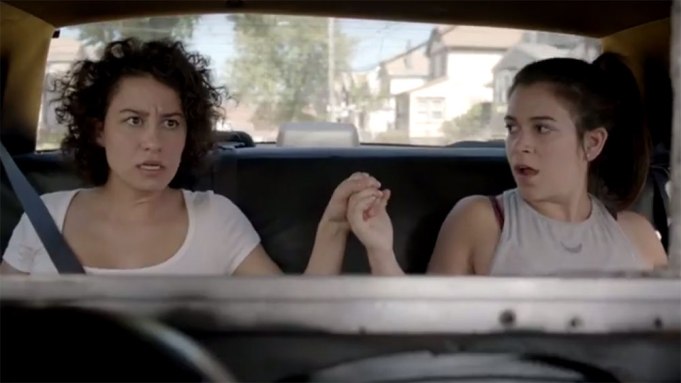 The dynamic best friend duo of Abbi Abrams and Ilana Wexler is more disheveled and candid than ever in the first full trailer for season three of Comedy Central’s “Broad City.”

The teaser clip previews Abbi (Abbi Jacobson) and Ilana (Ilana Glazer) gallivanting through an airport and channeling their teamwork skills to bail Ilana out of an awkward situation, among other shenanigans. It also features a clueless Ilana donning a dog hoodie, repurposing the two ear holes as hair bun holes. A brief club scene hints at a Blake Griffin cameo. Hillary Clinton is also scheduled to appear on a season-three episode.

Late last year the duo was featured in a “Broad City” crossover promo alongside Tina Fey and Amy Poehler to promote the Dec. 18 release of “Sisters.” Poehler serves as an exec producer on “Broad City,” which was developed from a Web series of the same name and first premiered on Comedy Central in January 2014.