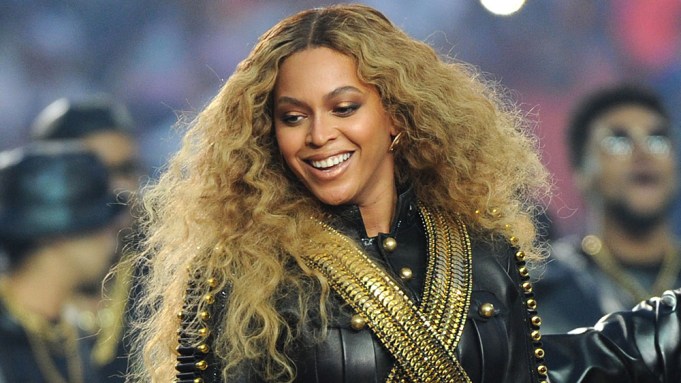 The singer and cabler posted a cryptic video on their sites and social media platforms about the airdate April 23, 9 p.m. ET. No further details were provided and HBO did not immediately respond to a request for comment.

The 20-second clip shows Beyonce — sporting blonde cornrows and a fur coat — leaning against the hood of a car while she whispers, “What am I gonna do love, what am I gonna do,” with the phrase “gonna do” echoing. She slowly rises, but we can’t see her face.

On Sunday, HBO released yet another, longer teaser for the mysterious event. The 30-second clip shows Beyonce in various situations, including in a car, a cornfield and a red-tinted room.

“The past and the present merge to meet us here,” she says in the new tease. “Why can’t you see me? You’re the love of my life. What am I doing, my love?”

Rumors have swirled over the last few months that “Project Lemonade” is an album film. The songstress started posting lemon-themed photos on Instagram six months ago.

Beyonce is no stranger to surprise reveals. She launched her Ivy Park clothing line two days ago, and it’s been two months since she debuted a surprise first single and music video, “Formation,” from her upcoming album ahead of her Super Bowl halftime performance. She also announced a world tour, which will kick off on April 27 in Miami. She’s expected to release a new album later this year, but has not disclosed a date.