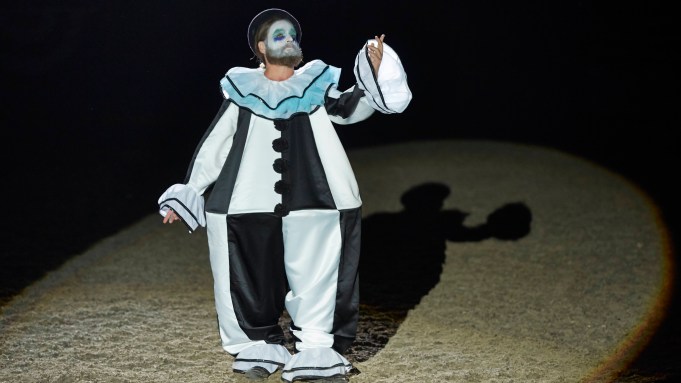 The trailer for new FX series “Baskets” features star Zach Galifianakis’ character attempting to be a riser in the clown community.

The show, created by Galifianakis, Louis C.K. and Jonathan Krisel, follows Chip Baskets’ as he tries to become a professional clown after failing at a prestigious French clowning college. Eventually, Galifianakis’ character gets a job as a rodeo clown in California.

“Being a clown is the most important thing in the world to me,” Baskets says in the trailer as he attempts to get a handle on his new role as rodeo clown. “This is a real job,” he says later in the trailer. “We can’t all be florists or dishwashers. Some of us have to be artists.”

“Zach Galifianakis, Louis C.K. and Jonathan Krisel have created an absolutely brilliant show,” said FX President of Original Programming Eric Schrier when the series was announced. “To say Zach’s portrayal of the lead character Chip Baskets is hilarious/unique/riveting/fascinating would be an understatement. We can’t wait for the world to meet him.”

“Baskets” is the first production under FX Productions’ overall deal with C.K. and his production company Pig Newton.