Ashton Kutcher and Danny Masterson Reunite in ‘The Ranch’ Trailer 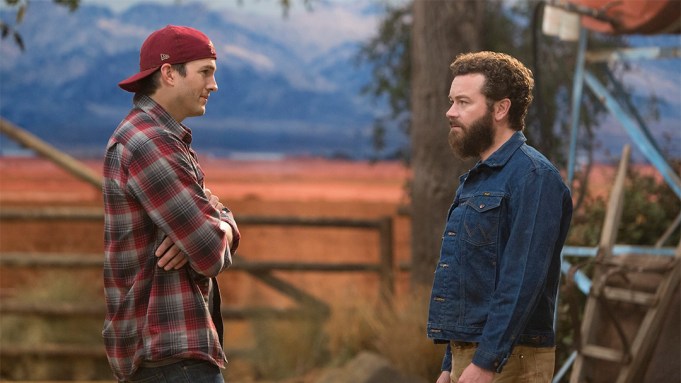 “That ’70s Show” alums Ashton Kutcher and Danny Masterson reunite in the first trailer for Netflix’s newest series, “The Ranch.”

The comedy follows Kutcher, who plays Colt, a struggling semi-pro footballer who returns, after 15 years of no contact, to his Colorado home to help run the family farm with his dad Beau (Sam Elliott) and older brother Jameson — aka “Rooster” (Masterson). Debra Winger portrays Colt and Rooster’s mother who runs the town bar.

The 34-year-old Colt won’t let go of his dream to continue playing football, which leads to a less than warm homecoming.

“Are you kidding me? You’re still chasing this dream?” Elliott’s Beau asks his son.

The family seems to eventually lighten up to their son’s return. Colt and Rooster bond over guns and booze while the parents soon realize the benefits of having their boy back home. The love gets to Colt’s head in no time.

“Hell, the barn’s on fire,” Beau responds as the family rushes to put it out.

“The Ranch” launches on Netflix on April 1.