Continue to Variety SKIP AD
You will be redirected back to your article in seconds
Apr 17, 2016 4:33pm PT 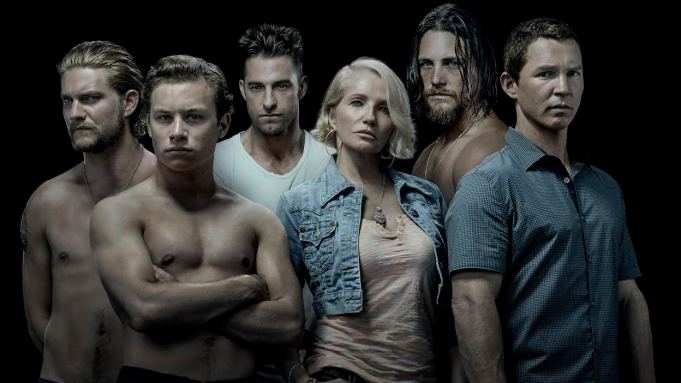 The cast and producers of TNT’s “Animal Kingdom” are hoping to pick up where the 2010 David Michod film left off with their adaptation of the acclaimed Australian movie about a family wrapped up in a crime syndicate.

The series rendition of “Animal Kingdom” bowed at the Tribeca Film Festival on Sunday, followed by a Q&A with some of the show’s key players.

Stars Ellen Barkin, Scott Speedman and Shawn Hatosy, as well as exec producers Jonathan Lisco and John Wells, who also directed the pilot, talked about the process of adapting the movie.

Here are five things we learned about the show, which premieres June 7:

Before landing at TNT, “Animal Kingdom” was turned down at Showtime.

“It was a disappointment that it didn’t go with Showtime.” Lisco said. “They ended up going with a different show at the time.”

Lisco previously worked with TNT on several seasons of “Southland.” That show was a departure for TNT, as was “Animal Kingdom” at the outset. But the new regime at Turner that took over last year has vowed to put more edge into TNT’s drama slate. “They’ve been very supportive of a show that, at the time, was not really in their repertoire,” Lisco added referring to “Animal Kingdom.” “But I think now it’s really in their element.”

Barkin’s character is far from pure but the actress has already become very protective of Smurf.

Hatosy’s Andrew “Pope” Cody has several unsettling scenes in the pilot, but the actor urges viewers to keep an open mind about the character.

Pope reunites with his brothers and mother after spending several years in prison. “I get really defensive when people say Pope is creepy. I don’t approach it that way,” Hatosy said. “It’s never black and white. He’s like beige and purple.”

While the central family is made up mostly of thrill-seeking, often misogynistic and homophobic white men, Lisco explained that behind the scenes, they’re working to represent more voices.

“When you’re in a writers room, you really do not want an echo chamber. That really doesn’t help the storytelling.” He said the writer’s room is “half and half,” with three men and three women. “It’s not just something that’s nice to look at.”

Wells added: “For the crew we are finally starting to reach a tipping point.”

The source of the nickname “Smurf” is still a mystery.

“Some day maybe someone will tell us,” Barkin said. “Season seven,” Lisco joked.

Barkin wants her Smurf to be different from Weaver’s. In her view, she starts where Weaver left off.

To shape her performance, Barkin drew from personal experience. “I looked to my own mother and grandmother,” she said. “You wouldn’t let me do the lip sucking thing,” she said to Wells, referring to one of the ticks she tried out that didn’t make the cut. “You thought that was too far.”

TNT released a new trailer for the show on Monday.