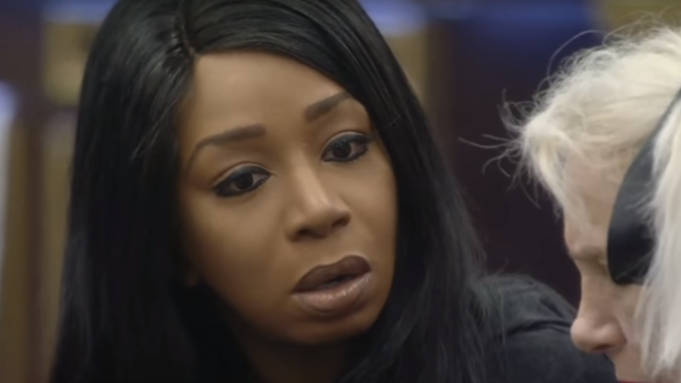 Angela Bowie, David Bowie’s ex-wife, learned about his death while in the “Celebrity Big Brother” house in the U.K., and in her grief chose to share the information with fellow houseguest Tiffany “New York” Pollard. That information was then spectacularly misunderstood, and the kind of meltdown that fuels reality TV ensued.

After Bowie was informed about her ex-husband’s death by her representatives off-camera, she opted to continue filming the reality series — but the show’s producers still came under fire from viewers for including footage of Bowie grieving the late musician.

Things took an even more painful turn after Bowie chose to confide in one of her companions in the house. Pollard recognized that Bowie had been crying and asked what was wrong. The late musician’s ex-wife had been notified of his death and decided to privately tell Pollard about it, saying simply, “David died.” This was where the train derailed.

Pollard believed that Bowie was talking about another contestant in the house, Liza Minnelli’s ex-husband David Gest, and began to panic. She asked how he died, and Bowie said he died of cancer and that it “just happened.” Pollard proceeded to tell the rest of the housemates, despite Bowie’s pleas not to, and after a major meltdown, the houseguests took Pollard to Gest’s bed, where he had been sleeping.

Rather than calming her down, Pollard become more upset after learning that Gest was alive and became convinced that Bowie tried to trick her on purpose.

Despite viewer complaints, “Big Brother” stood by its editing decisions for the episode, releasing a statement to Buzzfeed: “It is always the show’s aim to represent and reflect the day’s events accurately to viewers.”

David Bowie died Sunday after an 18-month battle with cancer. He had just turned 69.