Amy Schumer on Kurt Metzger: ‘He Baits People. He’s the Problem, No Question’ 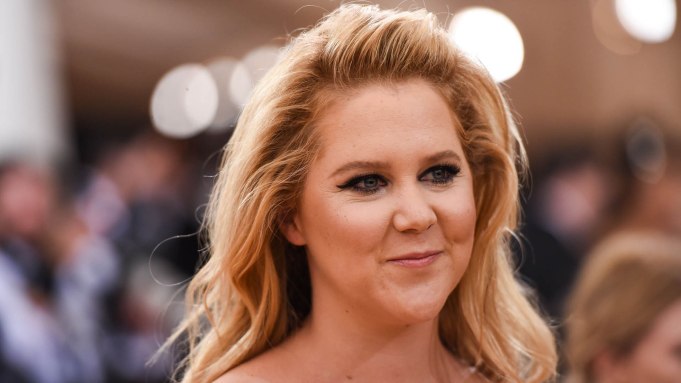 Amy Schumer opened up in depth about the controversy surrounding writer Kurt Metzger, a writer who worked on her Comedy Central series “Inside Amy Schumer” and ignited a firestorm online after commenting on a sexual abuse scandal.

In an interview with Charlie Rose, Schumer went into detail about Metzger’s role in their writers’ room, and again distanced herself from his controversial comments.

“Kurt’s my friend,” she says in the interview. “I love him. I’m not on Facebook so I don’t read his crazy rants. Like he just — he gets something from going after people, making them mad. That is not representative of me at all. I — and, you know, I’ve asked him, just, ‘can you just stop?’ Because it comes back to me.”

“Because he writes for the show, it’s a bigger story because of our connection and so whatever tangent he’s gone off on I have not agreed with,” she went on. “And it’s been really upsetting to me seeing someone that I care about hurt themselves like this.”

Schumer went on to say that “they want his head,” addressing the backlash that she received for staying silent on the issue for a few days. She reiterated that he’s not currently working for her, saying, “Nobody’s on my staff. There are no writers.”

Metzger drew ire when commenting on a sexual abuse scandal in which comedian Aaron Glaser was accused of rape in a private Facebook group for female comedians. Glaser was allegedly banned from the Upright Citizens’ Brigade over the allegations. Metzger took aim at the theater for the alleged banning, and also criticized the actions of the accusers.

Going off on several rants on his Facebook and Twitter pages, Metzger told accusers, “Don’t f—ing complain about the police not helping if you didn’t bother going to the police at all,” and said the UCB “psionically projected into the mind of the rapist and determined he was guilty.” Schumer told Rose that even she butt heads with Metzger in the writers’ room.

“One of the reasons he’s such a great writer and such a great contributor to our television show is because his views are so different from that of mine and most of the other writers in the room, especially Jessi Klein, who’s the head writer of the show,” she said. “We butt heads. We get in fights because he infuriates us.”

“It’s an interesting writers room because it’s always been very diverse with the views in there,” she added. “We don’t want it to just be one-sided. We don’t want it to — Jesse and I have such similar sensibilities that it’s good to have — it feels very positive to have someone in there saying well, this is from the male perspective, and not that Kurt is the — but he is the most male, you know, like the most out there perspective possible.”

Schumer admitted that Metzger is “the problem,” but said the focus of the conversation should be about how to help people better understand “what’s consensual and what’s not.”

“He baits people,” she said. “He’s the problem, no question, but the focus is on him rather than on what the really — the real main problem is.” Rose asked Schumer if the “real problem” is finding “a smart understanding of what rape has become,” which Schumer confirmed. “To focus your energy on online trolling, if I did that, I wouldn’t get anything done,” she said. “Let’s focus on actually getting the problem done.”

On Wednesday, Schumer tweeted that she was “saddened and disappointed” in Metzger. As the controversy continued to play out, Schumer tweeted that she “didn’t fire Kurt. He isn’t a writer for my show because we aren’t making the show anymore.” When that statement caused confusion over whether or not “Inside Amy Schumer,” which has been renewed for a fifth season, was cancelled, she clarified that they are slated for a season five but not in the “foreseeable future,” as she focusing on stand-up and writing.

Schumer is currently promoting her new book, “The Girl With the Lower Back Tattoo.” She recently cancelled a Saturday appearance on her book tour in Naperville, Ill., with a rep for Simon and Schuster saying that she was not feeling well. She also cancelled a Thursday appearance in Huntington, N.Y.

The full interview will air Friday night on PBS.