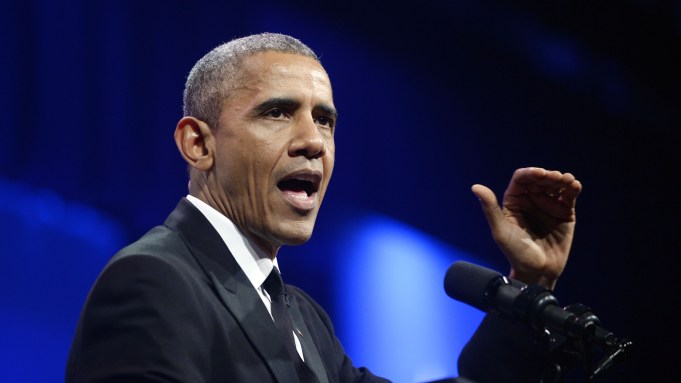 President Barack Obama bid farewell to “American Idol” on Thursday night by praising the show for motivating “millions of young Americans to vote, often and with enthusiasm.”

In a pre-taped message that was also posted on YouTube, Obama said that he believes “it should be almost as easy voting on ‘American Idol,’ and we’re working on that. But when we choose not to vote, we surrender that right.”

He praised the show for transforming television, inspiring young artists and captivating audiences across the country. “And it taught America what it means to be pitchy,” he quipped.

“When we choose not to vote, we surrender that right. We surrender our voice to someone else,” Obama said. “Not all of us can sing like Kelly Clarkson, but all of our voices matter.”

He then urged viewers to go to Vote.gov to register to vote.