‘American Horror Story’: FX Releases Yet Another Teaser for Season 6 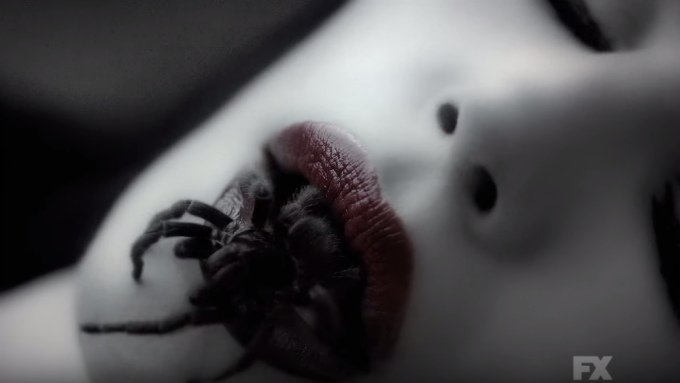 This time, with a spider.

Over the past month or so, FX has rolled out 14 promo videos for its sixth season. And still, no official theme has been announced.

The latest shows an eight-legged freak crawling out of a human mouth. It’s creepy, but before your mind goes running fantasizing about Sarah Paulson as Sônia Braga in “Kiss of the Spider Woman,” an arachnid-themed season may or may not be in our collective future.

FX CEO John Landgraf revealed at the Television Critics Association summer press tour on Aug. 9 that most of the “AHS” teasers were misdirects, and only one of the final teasers is an accurate depiction of the Season 6 theme.

“We just thought it would be really fun to keep it a mystery this year. And we are,” Landgraf told reporters at TCA. “They went out and made many more trailers than you’ve actually seen for hypothetical seasons of ‘American Horror Story.’ One of them is accurate.”

To make things even more confusing, a recent teaser titled “Anthology,” takes viewers through a montage of “Murder House,” “Asylum,” “Coven,” “Freak Show,” and “Hotel,” hinting at the connection between all six seasons.