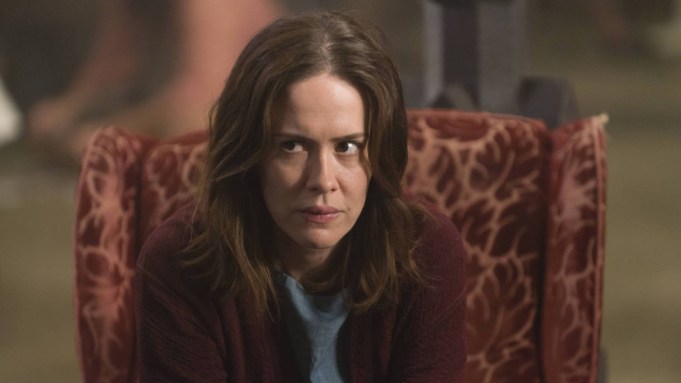 UPDATED: Now in its sixth season, FX’s “American Horror Story” franchise has started to hint at how the past stories are all interwoven. And characters from previous seasons have popped throughout other installments as well.

Gabourey Sidibe’s fan favorite Queenie, also starred on “Coven,” made an appearance on “Hotel” as well — though it didn’t well for her, thanks to James March.

And of course there’s Marcy the realtor, who sold the Harmons their house on Season 1. She also showed up in “Hotel,” giving Will Drake (Cheyenne Jackson) a tour of the ill-fated Hotel Cortez.

On Nov. 10, FX released a preview of what Winters’ return will look like. In “Roanoke’s” season finale, which will air next Wednesday, Winters, now certainly a big TV star, sits down for an exclusive interview with Lee Harris, a polarizing figure after the events in the season’s penultimate episode.