Studiocanal powerhouse near doubles its stable of TV production companies 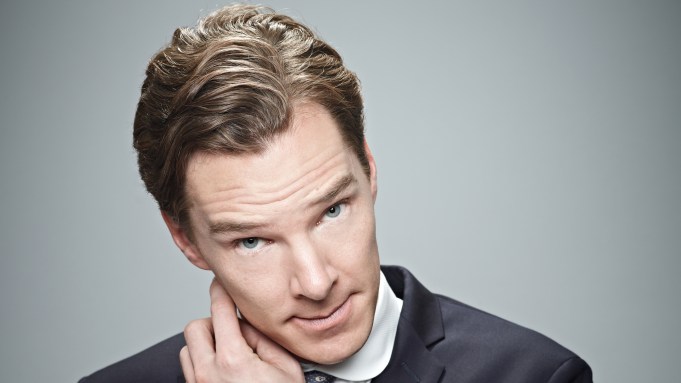 Four of Studiocanal’s eight production companies are English-language, important as it seeks to ramp up U.S. business, co-production and sales, under Tandem’s Rola Bauer.

Deals reflect, however, Studiocanal’s talent-driven European focus: Said Lupfer: “Anchoring the company in Europe is very important. We very interested in working with potentially big European players, who are very well known in their own market but with a large international potential.”

Cumberbatch and Studiocanal are already teaming on World War II drama “The War Magician” which, at script stage, stars Cumberbatch. Produced by Storyscape Ent., Lonetree Ent and Sunny March, it is financed, distributed and sold by Studiocanal.

“The most appealing things about Studiocanal are their back catalogue as well as relationships with channels around the world and talent,” said Sunny March’s Adam Ackland, who described Sunny March as “incredibly writer-driven.”

“Benedict is very much involved in developing and producing and because he’s so involved he will obviously want to star in some projects as well. But of course he can’t be in everything. He’ll be involved in different projects in different ways.” Ackland added, saying that on its early development slate, Sunny March TV has some documentaries and is now looking to develop high-end TV drama series. Citing “Mad Men,” “Breaking Bad” and “Downton Abbey,” Ackland said the shows produced under SunnyMarchTV will mainly be for traditional broadcasters, but it remains open to working with different kinds of outlets, praising “The Night Manager.” It is also hoping to develop more film projects with Studiocanal, Ackland said.

Cumberbatch said in a recorded message at Cannes – watch the video which has a final twist finale –  that Studiocanal was an ideal partner for Sunny March TV because of their similar tastes and creative sensibility. He’s added he’s worked with Studiocanal on two movies he’s particularly proud of: “The Imitation Game” and “Tinker Tailor Soldier Spy.”

“On these big decisions, you tend to go with instinct. Studiocanal is a recognized worldwide distributor which can open more doors with foreign broadcasters,” said Capps.

Studiocanal’s huge library is another asset. “It can be a springboard to bigger productions, Murphy said at Cannes. Plus, its sister company Canal Plus is a well-recognized brand in the U.K. as shows like “Versailles” have been successful here,” noted Capps.

Fernandez Valdes said that Bambu is now established and looking for new market opportunities. To be part of this quality brand of risky content is very interesting, she added. “We can learn a lot from other talent working with Studiocanal,” she added. Bambu has produced English-language shows, such as “Refugees,” but will focus on Spanish-language drama, Fernandez Valdes said.

One of Europe’s main countries is Italy. Studiocanal’s three new company investments come as Vivendi built up a 25% stake in Telecom Italia by late March, and, per press reports, is in advanced talks to take control of Mediaset’s pay TV platform. France’s Canal Plus, Studiocanal and Italy’s Cattleya are also co-producing “Zero-ZeroZero,” a big Euro co-production about the global cocaine trade, based on “Gomorrah” novelist Roberto Saviano’s book.

Rumors have swirled that Studiocanal is also kicking Cattleya’s tires, seeking to buy up or into the Rome production house. Dupfer declined to comment on Studiocanal production partner talks in Italy.

Monday’s deals mark another step-up in scale for Europe’s TV drama industry, galvanized by multiple factors: Scaled up English-language co-production (think, for example, “The Young Pope,” co-produced by Vivendi’s Canal Plus, Studiocanal’s direct parent; ramped-up original series production at pay TV players Sky from 2011, and now at Spain’s Movistar Plus; post-“Borgen,” a dramatic increase in the number of territories sold on hit European dramas, whether English or foreign-language, including U.S. deals. Canal Plus’ French-language “Les Revenants” and “Braquo” and Sky Italia’s “Gomorrah,” made in Italian, all sold to 100-plus territories.

To date in a still young business – and with notable breakout exceptions such as “Les Revenants” on Channel 4 or Canal Plus-Sky co-pro “The Tunnel,” a success – most series produced by Europe’s big new pay TV drama producers have, however, played on niche channels or to targeted audience results outside their country of origin.

Studiocanal’s production partnerships are not, however, just about foreign sales. Exactly like Hollywood studios, now (co-)owning eight TV companies with strong links with local broadcasters in five of Europe’s six biggest TV markets, Studiocanal will take a double-tier approach, developing productions for local and international markets, or combinations of both, Dupfer said.

“Wherever you go in Europe, local content performs better than U.S. content. We’ll look to aggregate traditional local business with new business with SVOD players or U.S. players and so on,” said Romain Bessi, Studiocanal COO-head of TV.

“There’s a very good financial model for local series, because of tax breaks, commissions, and if we’re smart enough we’ll be able to make the stories travel as well,” Bessi added.

Studiocanal will look, however, to the international upside from its production network.

“Studiocanal companies bring their links with the big networks in their domestic markets. If you want to build a co-production between countries where we have companies, that makes everything easier,” Bessi said, citing “Zero, Zero, Zero,” on which Studiocanal can raise finance in France or other countries to optimize financing.

Here, Studiocanal can act as matchmakers. “If, for example, there is a BBC, ITV or Sky production we’re involved in which can interest in France, or Germany, we can create the relation, in terms of financing and talent,” Lupfer said.

Urban Myth’s Capps agreed: “We’re still a young company so it’s useful to have stronger people behind you who can allow us to work with bigger budgets, help us set up co-productions in a more straightforward way.”

SAM partners Adam Price and Soren Sveistrup show-ran “Borgen and “The Killing.” Tandem produced “The Pillars of the Earth,” “Crossing Borders” and “Spotless.”

That breadth of partners could aid in negotiations with broadcasters on new series, he argued: “On films, the offer makes the market, in TV production, the broadcasters do that. You have to go to channels, ask what they want to develop, and after that you produce what they want.”