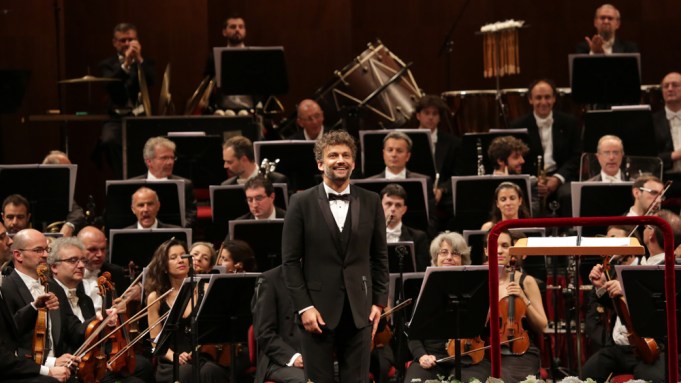 LONDON — Starline Entertainment has partnered with producers Arts Alliance to distribute TV and VOD rights internationally to concert film “Jonas Kaufmann: An Evening with Puccini,” which is on theatrical release worldwide.

Directed by classical music veteran Brian Large (“The Metropolitan Opera Presents”), the film’s centerpiece is a performance of Puccini arias given by Jonas Kaufmann, widely considered to be the world’s greatest living tenor, at Milan’s famous home of Italian opera, La Scala. After five encores and 40 minutes of applause, the event has gained legendary status. Complementing the concert, Kaufmann offers his own personal profile of Puccini, a composer with whom he has established a special affinity.

While Arts Alliance is handling the film’s global theatrical event release, including North America, the U.K., France, Italy, Spain and Germany, Starline has been appointed to negotiate all sales for TV and VOD.

Julie Delaney, Starline partner and director of worldwide distribution, commented: “This stunning film captures the magic of a very special night and, following such a successful release, we are thrilled to be working with Arts Alliance to bring it to broadcasters all over the world.”

Arts Alliance CEO, Nick Varley, said: “We have been exceptionally pleased with how ‘Jonas Kaufmann An Evening With Puccini’ has performed around the world. I am pleased to be partnering with Julie and Carey for the worldwide television and VOD licensing. We believe they are best placed to get the best exposure for us on this title.”