Continue to Variety SKIP AD
You will be redirected back to your article in seconds
Sep 7, 2016 3:40am PT 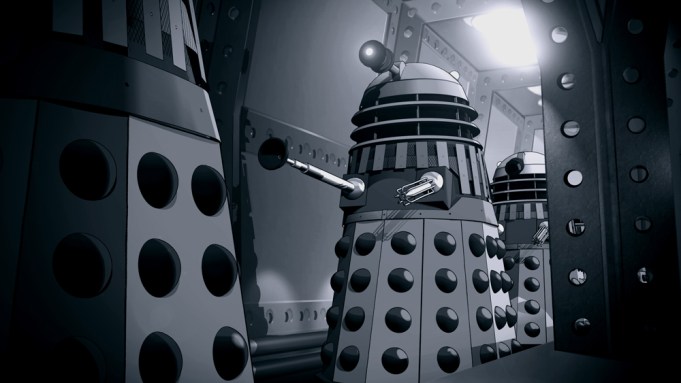 BBC Worldwide, the U.K. broadcaster’s sales arm, has commissioned an animated remake of “The Power of the Daleks,” a 1966 six-part storyline from sci-fiction show “Doctor Who,” which had been exterminated by callous technocrats.

No complete film recordings of the original live-action episodes from “The Power of the Daleks” are known to have survived. The master negatives were destroyed in an archive purge in 1974.

The new animated six-episode drama, in which the Daleks and the second Doctor, played by Patrick Troughton, battle on the planet Vulcan, will appear Nov. 5 on the network’s retail website, BBC Store — 50 years to the minute after its one and only showing on the BBC. There will also be a special screening for fans that afternoon at the British Film Institute.

The new black-and-white animation is based on audio recordings of the show, using the original cast, surviving photographs and film clips.

The six half-hour episodes feature the regeneration, or “renewal,”‘ as it was then called, of the first Doctor, William Hartnell, into the second Doctor, Troughton, as the Time Lord and his companions, Polly (Anneke Wills) and Ben (Michael Craze), fight the Daleks.

The producer and director of the animated stories is Charles Norton, with character designs from comic-book artists Martin Geraghty and Adrian Salmon. The same team was behind the animation of “A Stripe for Frazer,” a lost episode of comedy series “Dad’s Army,” released on BBC Store in February.

Norton said in a statement: “’The Power of the Daleks’ animation is the most ambitious ‘Doctor Who’ archive restoration ever attempted, and we’re all very honored to be a part of such an exciting project. Intelligent, suspenseful and magnificently staged, ‘Power of the Daleks’ is one of the great lost classics of 1960s television and a superb example of the black-and-white era at its finest.”