Benedict Cumberbatch on How Sherlock Is Softening 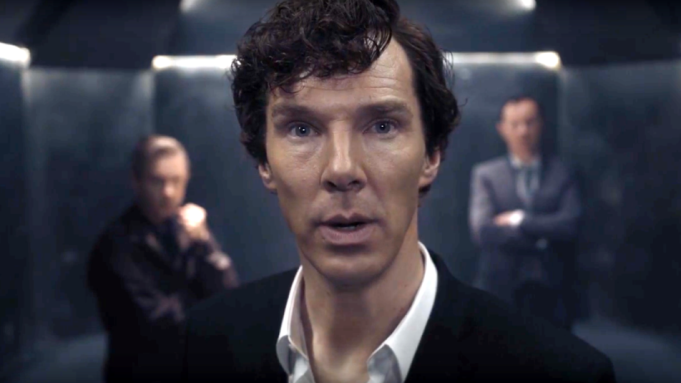 Is Sherlock Holmes going soft? Benedict Cumberbatch explained to an audience of British grandees in London that his character has been on a journey of enlightenment over the past three seasons of “Sherlock,” and in season four, which premieres on New Year’s Day, audiences will see him humanized further, or as one journalist crudely put it: “He’s slightly less of a d**k.”

“He is becoming slightly more… well, in a very clear way… responsible for his actions,” Cumberbatch explained during an onstage discussion that followed a screening of “The Six Thatchers,” the opening episode of season four.

“But I think he understands that it’s a slow, slow process that began in the very first instance when he met John [Doctor Watson], who supplies the missing piece of that jigsaw that is him. That friendship, that partnership in crime, has been the humanizing element all the way through [the three seasons], and I think he is now becoming more of a human-being.”

“As he’s evolving he loses sight of what he is letting go of, which is this very cold, results at all cost [approach], all about the end-game, rather than how he gets there, and who he tramples over. And because he is so loyal to somebody he cares about, he’s blind-sided himself with his own humanity.”

Watson, played by Martin Freeman, also shows a different, flawed, side of his personality in this new season. “It is always interesting to play shades of people,” Freeman said. “There’s a lot of talk, and understandable talk, that John is this reliable, very steadfast character, which he is, generally speaking, but he is someone who has weaknesses and is at fault at times.”

Or, as the panel moderator, Heat magazine’s Boyd Hilton, summarized it: “Doctor Watson becomes slightly more of a d**k.”

Episode one of the new season of “Sherlock,” “The Six Thatchers,” airs on Jan. 1 on MASTERPIECE on PBS. The show, which has won 12 BAFTAs, nine Emmys and a Peabody Award, has been sold to more than 240 territories around the world.