Jamie Lee Curtis Tells HFPA Grants Banquet Attendees: ‘Get Some Skin in the Game’ for the Election 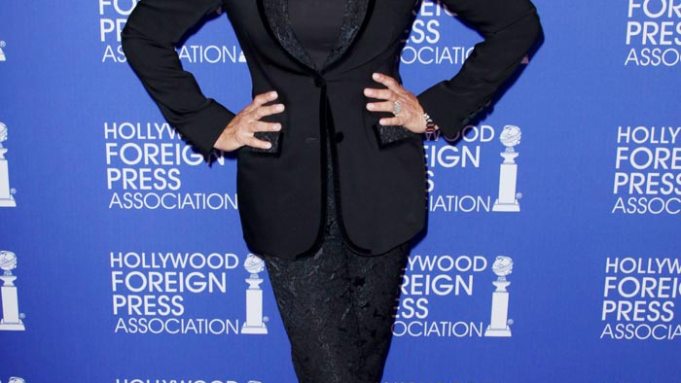 The Hollywood Foreign Press Association’s annual Grants Banquet had just as much energy as you’d expect an evening set to gift nearly $2.4 million to non-profit organizations and scholarship programs, and host Jamie Lee Curtis made sure the night kept its tempo.

“This right here is my favorite party of the year. The kind of party where they invite you, feed you and give away $2 million,” Curtis said, filling the ballroom of the Beverly Wilshire Hotel in Beverly Hills with laughter throughout Thursday night.

Feeding on that energy, the candid Hillary Clinton supporter switched the focus to the presidential race stating, “This [banquet] is the greatest example of the global us, the diversity, the very thing we are talking about in the election.”

“Get some skin in the game,” she said. “We owe this country something. Whoever you’re for, whatever party you’re with, do something. Get out there and knock on doors and participate in the process.”

Following in its tradition, HFPA gifted several organizations, including FilmAid, Cal State, GlobalGirl Media, and Ghetto Film School, grants to further their efforts to help children around the world.

Stars, including Nate Parker, Justin Timberlake, and Mel Gibson, presented grants throughout the night and accepted them on behalf of the recipients.

“I grew up in the south side of Chicago where the idea of opportunity was limited,” Rodriguez said. “I feel blessed to be standing in front of you to know many women where I’m from don’t have the opportunity. Giving back to a school in Chicago is a blessing and I’m thankful to HFPA for letting me be a part of this grant.”

HFPA President Lorenzo Soria wrapped up the night with a few thank you messages with Curtis by his side.

PRESERVE THE CULTURE & HISTORY OF FILM