Chelsea Handler Opens Up About Netflix and Justin Bieber; Says ‘Everyone Is Racist’ (SUNDANCE VIDEO) 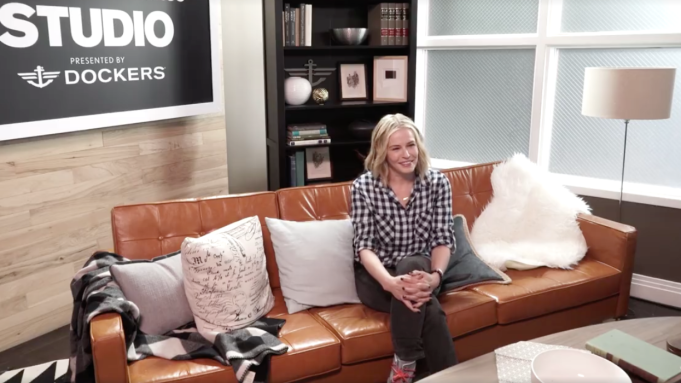 The worst celebrity that Chelsea Handler ever interviewed was Justin Bieber, but it’s not because he was shy. “He tried to flirt with me and it was so uncomfortable,” Handler said at Variety’s Sundance Film Festival Studio. “You feel like a child molester … I was not sexually attracted to a child. Thank you for clearing that up.”

Handler won’t be interviewing as many celebrities when she debuts her Netflix talk show later this year. “They are so guarded so many times,” Handler said. “They can’t reveal anything.” Handler insists that she’s allergic to the Kardashians. “I don’t watch E!” she added. “I didn’t watch it when I was on it,” she said of the network that aired “Chelsea Lately,” which featured chats with A-list stars, from 2007 through 2017.

Handler hopes her new talk show will be more similar to tone to “Chelsea Does,” a four-episode docuseries (now available on Netflix) where she explores different topics that matter to her, such as marriage, drugs, race and Silicon Valley. “I wanted to do these documentaries as a bridge to let people know the direction I’m in,” Handler said.

In the drugs episode, Handler argues that marijuana should be legal in the United States. “People aren’t doing bad things on marijuana,” Handler told Variety, adding that laws banning the drugs are because “our country is religious and stupid. It’s a bunch of zealots.” Handler actually wanted to push the boundaries even more. “I wanted to do hardcore drugs,” Handler added. “I wanted to try heroin—medically supervised.” But she was told a doctor would never sanction that.

As you can see, Handler is just as outspoken as she’s always been. She said that she pitched Netflix herself on joining the streaming service, and that she wasn’t interested in going to another network after she wrapped her hit E! series. “Netflix was my only prospect,” Handler said. “I just thought, if you’re going to be in the entertainment industry at all try to keep it interesting because we’re not doing anything that important.”

What does she think of this year’s Oscars, which only nominated white actors for the second year in a row? “Chris Rock will host it and tears everyone apart. It’s the perfect confluence of events,” Handler said, adding that she’d never take on the gig herself. “Are you kidding? I would get raked over the coals for the next six months of my life.”

As for a segment on racism in her new doc she said, “Everyone is racist,” adding “I wanted to… do something fun with this, even though it’s such a serious, sad topic.”

Handler also weighed in on a certain Republican frontrunner for president. “Do you want me to come out and endorse Donald Trump right now,” Handler teased. “Ok I endorse Donald trump.” She paused. “No, I would never be a Republican.”