Selena Gomez Breaks Down During Emotional Tribute to Christina Grimmie 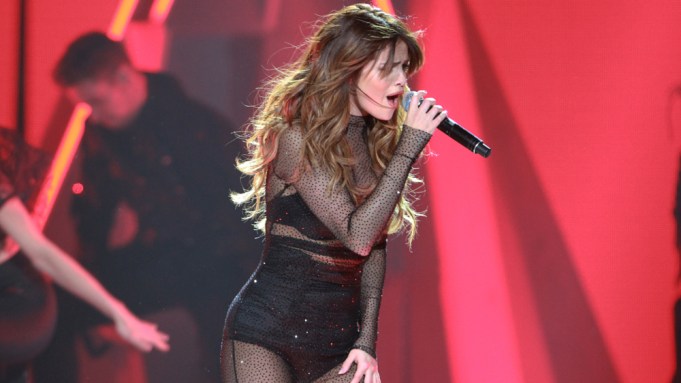 The singer was performing ballad “Nobody” when she began to break down, mouthing “I’m sorry” to the audience as she struggled to finish the song. Afterward, she remembered Grimmie, who was fatally shot at the age of 22 Friday night while signing autographs after an Orlando concert.

“When she was 14, we met her. My parents and I signed her,” Gomez said. “And one thing about Christina and her family, is that she holds her faith so closely to her. It’s not about her religion, and it’s not about good deeds. It’s just that she had faith. And I don’t really understand how this happened, but I would like to dedicate this next song to her.”

Gomez then sat down at a piano and performed “Transfiguration.” Gomez and Grimmie have a relationship going back to when both were teenagers, when Gomez’s stepfather, Brian Teefey, became Grimmie’s manager after discovering her on YouTube.

Grimmie opened for Gomez on the North American portion of her “We Own the Night” tour, after releasing her first EP, “Find Me,” in 2011.

Gomez also paid tribute to Grimmie on Twitter Saturday morning, posting a photo of the two posing for the camera. “My heart is absolutely broken,” she wrote. “I miss you Christina.”

My heart is absolutely broken. I miss you Christina pic.twitter.com/KWGwZZlj4t