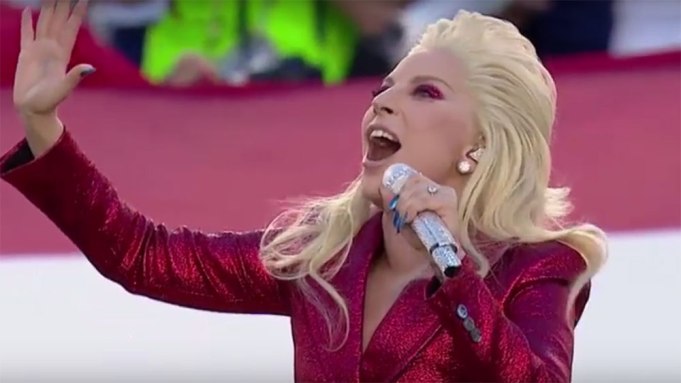 Lady Gaga gave a rousing rendition of the National Anthem at one of the world’s biggest stages: the Super Bowl.

The songstress, decked out in a glittery red outfit and makeup, kicked off the Big Game at Levi’s Stadium in the San Francisco Bay Area with her version of the song, undoubtedly drawing in younger viewers after she was announced earlier this week.

Pop culture fans have plenty to look forward to ahead in the show. Coldplay and Beyonce will perform for the big Pepsi halftime show, and Bruno Mars, Adele, Rihanna, Taylor Swift and more have been rumored to stop by to surprise the crowd.