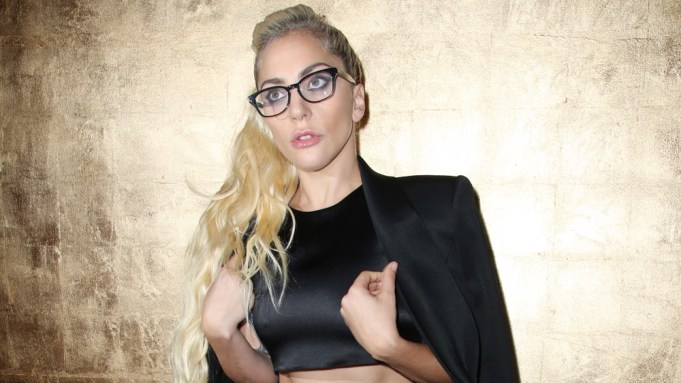 Lady Gaga fans have more new material to look forward to next week.

The singer-songwriter is embarking on a three-date tour, called the Dive Bar Tour, on Wednesday. The tour, sponsored by Bud Light, will see Gaga in more intimate venues as opposed to packed arenas, and be streamed on Bud Light’s Facebook Live feed.

During the first performance, which will kick off at 7 p.m. PT/10 p.m. ET Wednesday, Gaga will debut a new song, “Million Reasons,” off of her highly anticipated upcoming album, “Joanne,” which will be released on Oct. 21. It will be the second song to be heard by the public off her fifth studio album.

Two more performances are scheduled for Oct. 20 and Oct. 27. The whereabouts of the shows are being kept under wraps.

“I love this dive bar tour so much, because I get to go perform these songs and really look my fans in the eyes when I’m singing to them and really try to have a more natural human experience,” Gaga said in a statement. “This record was about me trying to understand my father, and his grief. It’s also a record about me trying to understand myself and wondering where I’m going next in life. Because truly, the thing that I’m searching for the most is to feel connected to humanity, to feel connected as a person. So Joanne is like, you know, Lady Gaga if you erase all the fame.”

The superstar has been keeping busy in recent months, and earlier this week confirmed that she’ll be headlining the Super Bowl LI halftime show. The big game will take place on Feb. 5, 2017, at the NRG Stadium in Houston.

Bud Light released a 15-second teaser for the tour, which you can watch above.