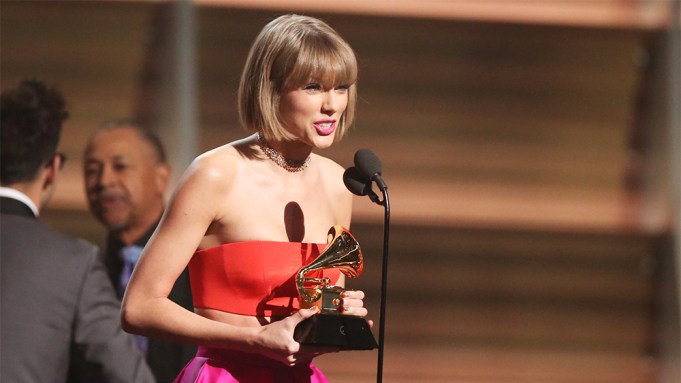 His performance of his “The Blacker the Berry” started with Lamar and several black back-up dancers in chains, with the backdrop of a prison. As Lamar progressed in the song, he and the dancers released their chains and danced, donned in glow-in-the-dark outfits.

Lamar moved across the stage to head to a giant bonfire as he transitioned into his hit “Alright,” performing along with African dancers. Near the end of the set, a picture of a map of Africa appeared behind Lamar, with “Compton,” his hometown, written on it.

The performance drew a strong response from both social media and the live crowd, garnering a standing ovation in the Nokia Theatre.

“I’m African-American, I’m African,” Lamar rapped on stage. “I’m black as the moon, heritage of a small village/Pardon my residence/Came from the bottom of mankind/My hair is nappy, my d–k is big, my nose is round and wide/You hate me don’t you?”

The rapper came out on top when nominations were announced, scoring 11 nods including album of the year for “To Pimp a Butterfly.” He’s considered one of the top contenders in the category, along with Taylor Swift with her “1989.”

Lamar has already won best rap album for “Butterfly,” his fifth award of the night. In the pre-telecast ceremony, he won rap performance, rap song, rap/sung collaboration and music video.