Web Abuzz Over George Michael and David Bowie Video From 1992 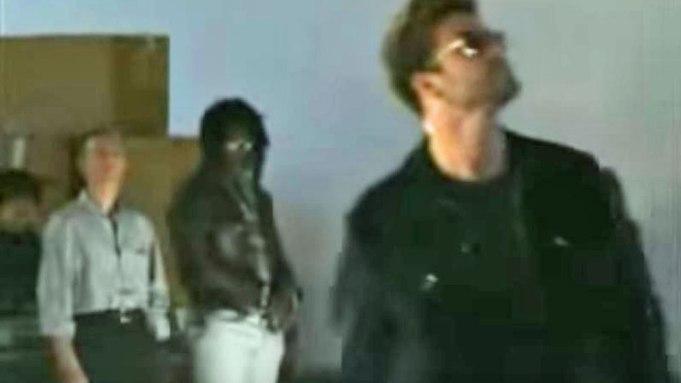 The web was abuzz Monday over video from 1992 that featured George Michael and David Bowie — two music icons who died in 2016.

The footage is behind-the-scenes video (seen here or above) from a Freddie Mercury tribute concert.

In it, Michael — who passed away Christmas Day — performs a rousing rendition of the Queen hit “Somebody to Love.”

The cameras not only capture Michael’s powerful vocals and performance ability, but also Bowie admiring him from the sidelines (beginning around the 3:12 mark). Standing next to Bowie with the dreadlocks is the singer Seal.

Bowie — who died in January — also performed at the same concert, singing “Under Pressure” with Annie Lennox.

In the video from their rehearsal (seen here or below), Michael is seen singing along as he watches them duet (beginning at the 2:13 mark).

It’s clear from both videos that Michael and Bowie greatly admired each other.

2016 has been a difficult year for the music community. Along with Bowie and Michael, other notable artists who passed away include Merle Haggard, Prince, and Leonard Cohen.