Continue to Variety SKIP AD
You will be redirected back to your article in seconds
Jan 17, 2016 3:56pm PT 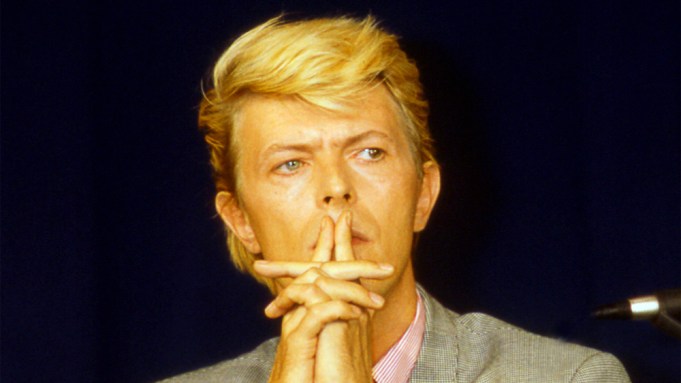 Released just two days before the Jan. 10 death of the legendary rock star, David Bowie’s final album “Blackstar” has become his first No. 1 album in the U.S.

The ISO/Columbia records release earned 181,000 equivalent album units for the week ending Jan. 14, according to the Billboard 200 chart and Nielsen Music. In addition, his 2002 hits collection “Best of Bowie” landed at No. 4, making him one of only a few artists to ever have two albums in the top five. “Blackstar” is the first posthumous album to land at No. 1 since Michael Jackson’s “This is It” soundtrack in 2009.

The jazzy “Blackstar,” released on Bowie’s 69th birthday, was lauded by critics both for its haunting exploratory sounds and for its prescient lyrics in which Bowie seems to be signalling that he is moving on to another plane. “This way or no way, you know, I’ll be free,” he sings on the song “Lazarus,” while another song is titled, “I Can’t Give Everything Away.” Bowie revealed his cancer to only a very few close associates while making the album and working on the play “Lazarus.”