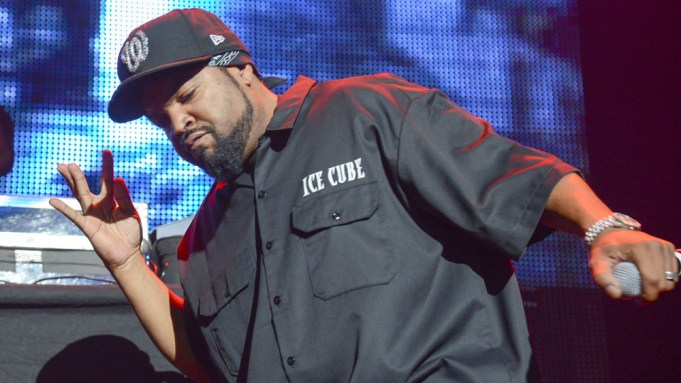 No one forgot about Dre the second weekend of the Coachella Valley Music and Arts Festival.

Ren, Yella and Cube performed “Straight Outta Compton” and “F— the Police” together as powerful images from the Black Lives Matter movement played on the large screens. Lil Eazy-E then pumped up the crowd with his father’s classic “Boyz-n-the-Hood.”

“Is there a doctor in the motherf—ing house?” Cube later asked the massive crowd on the main stage before Dre appeared onstage.

The group didn’t perform any N.W.A songs together, instead, Dre rapped “Still D.R.E.” and “California Love” — a huge hit at the California fest.

The surprise guests didn’t end there: Ice Cube’s Westside Connection pal WC came out for “Why We Thugs,” while the Game helped sing “Don’t Trip.”

To close out his set, Cube brought out Kendrick Lamar to perform his megahit “Alright.” He made a surprise appearance earlier in the day as well with SZA. Lamar recently inducted N.W.A into the Rock and Roll Hall of Fame.

Cube, like several artists at the fest, dedicated the set to Prince.