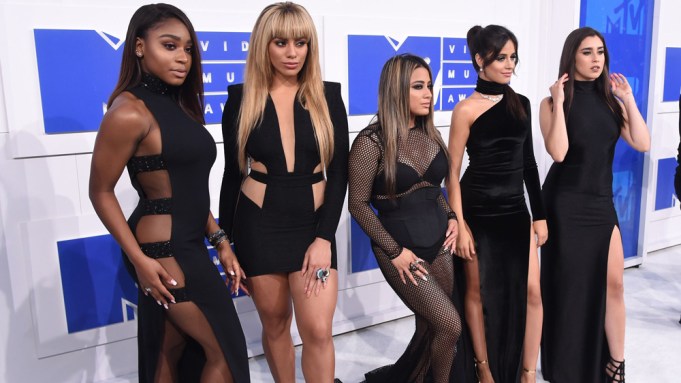 Fifth Harmony had to finish a set as a quartet on Friday night after the girl group’s Camila Cabello left a St. Louis concert early due to a bout of anxiety.

During the inaugural NOW96.3NOW Night Out event at the Hollywood Casino Amphitheatre, Cabello abruptly left the stage after a performance of “Bo$$,” according to the St. Louis Post-Dispatch. One of her fellow band members apparently said Cabello had a wardrobe malfunction, but she never returned to the stage for the rest of the songs, including the band’s hit “Work From Home.”

Cabello took to Snapchat later on Labor Day weekend to apologize to fans, reports E! News. “Hi Missouri, sorry I couldn’t finish the set last night,” she wrote. “Was having too much anxiety and couldn’t finish it.”

Cabello had tweeted about her exhaustion shortly before taking the stage on Friday, writing, “just wanna sleep for 3 days.” She returned to Twitter on Sunday, writing, “Dallas, I’m so excited to see you… thank u guys for all the love, I love u so much.”

Dallas, I'm so excited to see you 🌹

thank u guys for all the love, I love u so much

Cabello has previously been open about her struggles with anxiety. “I was having terrible anxiety, nonstop,” she told Billboard in 2015. “My heart would beat really fast the whole day.”

Fifth Harmony has not commented on Cabello’s early exit, but posted a group shot to Instagram on Saturday with the caption “Last night #727TourStLouis.”