Bill Wyman: Stone Rolls Into His ’80s With Zep’s Plant, Van Morrison, and Others 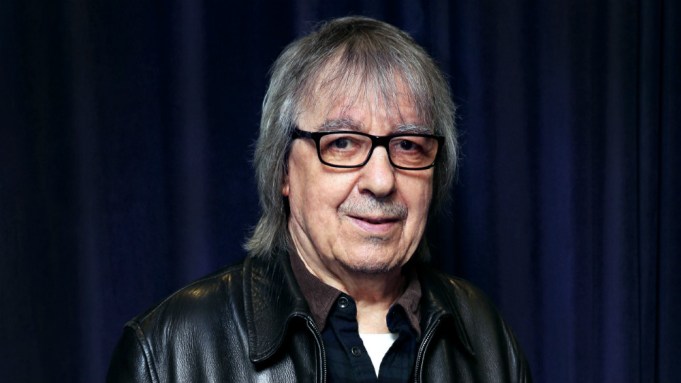 To celebrate his 80th birthday, ex-Rolling Stone Bill Wyman brought his Rhythm Kings band and a few cool friends to entertain a packed house of largely but lively senior members of the Stones fan club at London’s Indigo Club at the 02 Arena Friday night.

His “friends,” which included ex-Them, Van Morrison; ex-Strait, Mark Knopfler; ex-Rat Bob Geldof; guitarist-extraordinaire Martin Taylor; ex-Red Mick Hucknall; E Streeter Steven Van Zandt and ex-Zep Robert Plant, (all of whom in great form,) raised the star-wattage of the show, which was part of several nights of BluesFest programming at the 02.

However, the real star of the evening was not Wyman or his fellow veteran rockers, but The Blues. Appropriately enough, Wyman was surprised with the presentation of the BluesFest Lifetime Achievement Award, a kudo he took with his classic stoic demeanor that temporarily softened at points in the show when Wyman let up on his “thanks to my friends who came out of the woodwork” jokiness to reveal a very sentimental and visibly moved music vet.

For the record, the heart of the Stones does not, in fact, have a heart of stone.

It should be no surprise that the bass player for the Stones, a band that whose early records in the ’60s brimmed with covers of contemporary rhythm and blues gems of the era, is a world-class blues musicologist. Putting his scholarship to good and rocking use, Wyman deftly curated a show that was a monumental display of the timelessness of a couple of dozen hits by both stars and one-hit wonders. On stage with his blistering Rhythm Kings band, Wyman’s focus and trademark bass licks, solid and sticky, underscored Bob Dylan’s oft-quoted comment that “Without Bill Wyman, the Rolling Stones are a funk band.”

What Wyman, the Rhythm Kings and Friends served up all night instead, was rock that never failed to roll, deep fried boogie woogie and Dah Blues.

What the show also slyly demonstrated was that based upon Wyman’s playlist, the Stones may have been adept or even vital interpreters of American rhythm and blues, but the musical forms themselves were created and perfected by black writers and entertainers, some of whom are household names, many of whom known only to aficionados like Wyman and friends.

Much of the genial on-stage banter between the singers and Wyman revolved around how long they’ve been at the music game and also how much they all shared the love of American soul music. Plant recalled discovering many of the great blues artists through listening to the Stones as did Knopfler.

The Mick Jagger and Keith Richards compositions Wyman chose to spotlight were few in number (only one more than that of the Animals’ Alan Price and Eric Burdon) and fairly folkie in tone. In this setting and selection, “Ruby Tuesday” and “Beast of Burden” were no match for the more compelling and masterful songs of Mississippi John Hurt and Chuck Berry.

If you’re keeping score, that’s The Blues 22, Glimmer Twins nothing.

Wyman once authored a book on his love of the blues, “Blues Odyssey,” which became a celebrated documentary. While the fans came to pay homage to the longevity of the musician who helped drive one of rock music’s greatest outfits, Wyman came to celebrate his love of the music that he ably and entertainingly proved was worthy of his own life-long devotion.