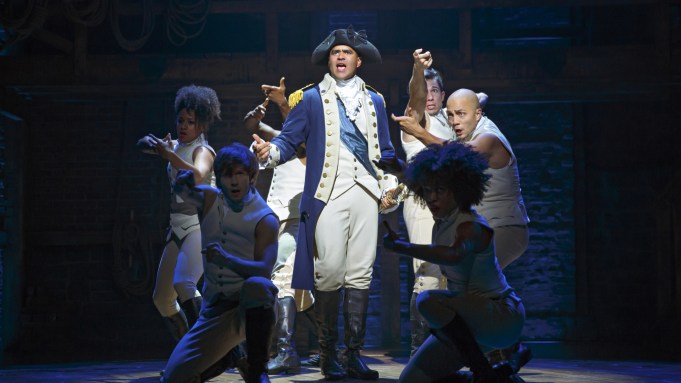 Just in time for the holidays, a live stream for the “Hamilton Mixtape” concert will be made available globally at 10 a.m. PT. Fans of the acclaimed musical can access the performance, live from the Richard Rodgers Theatre in New York City, via the musical’s YouTube channel.

The “Hamilton” creative team is also promoting the live-stream event through their social media outlets, including Facebook and Twitter.

The “Hamilton Mixtape” features covers of the musical’s original tunes from artists such as Sia, John Legend, Kelly Clarkson, Usher, Queen Latifah, Ashanti, Busta Rhymes, Regina Spektor, Aloe Blacc, The Roots, and more. Though specific performers for Thursday’s show haven’t been announced yet, it’s likely that a majority of these artists (and them some) will grace the stage.

“Hamilton” has been lauded as one of the most successful contemporary musicals in history, winning 11 Tony Awards this year, including one for best musical. Future productions are expected to be mounted on London’s West End.

The “Hamilton Mixtape” is produced by Atlantic Records and will be made available to the public Friday at 10 p.m. PT.