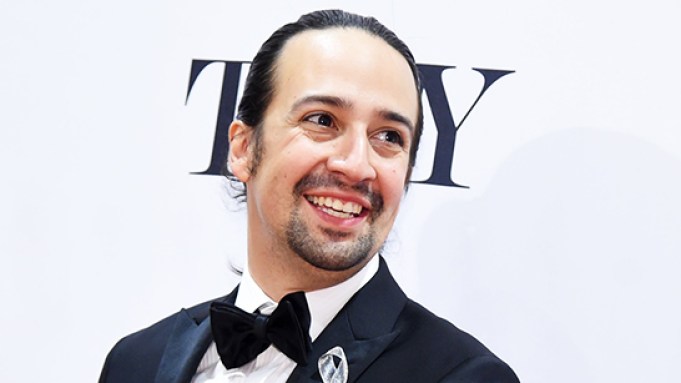 Lin-Manuel Miranda’s final performance as the titular Alexander Hamilton in his uber-popular “Hamilton” is here. After this Saturday, Miranda will be handing over the reins to Javier Munoz, who co-created the musical with Miranda (if you missed Variety’s interview with the new star of “Hamilton,” you can check it out here).

Wednesday marked the last Ham4Ham lottery performance before Miranda steps off the plate, along with Leslie Odom, Jr. and Phillipa Soo, who are turning over the roles of Aaron Burr and Eliza Hamilton to Brandon Victor Dixon and Lexi Lawson. Miranda took the stage to cap his run, while wearing a very appropriate “One Last Time” t-shirt, to read a real life letter from Alexander Hamilton to Eliza.

“But I will one day cure you of these refractory notions about the right of resistance, (of which I foresee you will be apt to make a very dangerous application), and teach you the great advantage and absolute necessity of implicit obedience,” read Miranda, as he spliced the letter with humorous quips.

“‘Fifty Shades of Grey’ by Alexander Hamilton,” he added as the crowd joined in laughter.

The lengthy letter expresses Alexander’s extensive love for Eliza. Miranda has often stated that Hamilton’s lengthy prose was the main reason that hip-hop was the perfect genre to include the high volume of words and information into lyrics.

At the end of his performance reading, Miranda brought out Soo and Odom, Jr. so the audience could bid them farewell with a rendition of “Happy Trails,” cue-cards included, of course.

Earlier this year, Miranda and the cast of “Hamilton” took home 11 out of their 16 nominations during the Tony Awards. The Chicago production opens in October, and a separate touring production kicks off this spring with 21 weeks each in San Francisco and L.A. A London staging, meanwhile, is on tap for 2017.

Next up, Soo will be starring in Broadway’s “Amelie” and the increasingly busy Miranda, who composed songs for the upcoming Disney animated film “Moana,” is set to star in the sequel to “Mary Poppins.”