‘Hamilton’ Actor on Speech to Mike Pence: ‘There’s Nothing to Apologize For’ 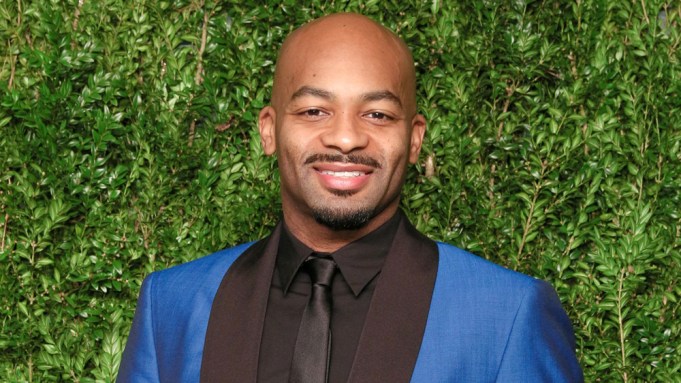 “If you stand for nothing, Burr, what’ll you fall for?” Alexander Hamilton asks Aaron Burr in the hit Broadway musical “Hamilton.”

In an example of life imitating art, the actor currently playing Burr, Brandon Victor Dixon, says he won’t apologize for the speech he delivered to Mike Pence on Friday night after the Vice President-elect was booed leading up to a performance of “Hamilton.”

“There’s nothing to apologize for,” Dixon told “CBS This Morning” on Monday following President-elect Donald Trump’s insistence that the cast say sorry to the future VP.

“The producers, the creators, and the cast, we recognize that ‘Hamilton’ is an inherently American story told by the definition of an American community; we are men and women of different colors, creeds, and orientations,” Dixon said. “The resonant nature of the show throughout the world, throughout the global community, demands that we make statements when there are important issues facing us as a community, so we wanted to stand up and spread a message of love and of unity.”

He also stressed that both Trump and Pence are welcome to return to the show and meet the cast backstage. “Art is meant to bring people together,” he added.

Trump tweeted on Saturday that Pence had been “harassed” by the cast: “This should not happen! … The Theater must always be a safe and special place.”

Our wonderful future V.P. Mike Pence was harassed last night at the theater by the cast of Hamilton, cameras blazing.This should not happen!

The Theater must always be a safe and special place.The cast of Hamilton was very rude last night to a very good man, Mike Pence. Apologize!

Dixon, in response, said “Conversation is not harassment.”

“I was really appreciative that Vice President-elect Pence stood there and listened to what we had to say,” Dixon said about the prepared statement, which “Hamilton” creator Lin-Manuel Miranda contributed to. “It was the beginning of a conversation I hope we can continue to have.”

Trump repeated the demand on Sunday while also describing the show as “highly overrated.”

“The cast and producers of ‘Hamilton,’ which I hear is highly overrated, should immediately apologize to Mike Pence for their terrible behavior,” he tweeted.

The cast and producers of Hamilton, which I hear is highly overrated, should immediately apologize to Mike Pence for their terrible behavior

Pence, meanwhile, sang a different tune, insisting that he “wasn’t offended” by the actors’ remarks.

“I did hear what was said from the stage, and I can tell you I wasn’t offended by what was said,” Pence told “Fox News Sunday.” “I’ll leave to others whether that was the appropriate venue to say it.”

He also addressed the jeers from the audience.

“It was a real joy to be there,” Pence told Chris Wallace. “When we arrived, we heard a few boos and we heard some cheers, and I nudged my kids and reminded them, that’s what freedom sounds like.”

Some have called for a boycott of the show following the incident, while others have defended the cast and stressed that the Tony Award-winning show is sold out and therefore technically can’t be boycotted.

“We, sir, we are the diverse America who are alarmed and anxious that your new administration will not protect us, our planet, our children, our parents, or defend us and uphold our inalienable rights, sir,” Dixon said. “But we truly hope this show has inspired you to uphold our American values and to work on behalf of all of us, all of us. We truly thank you for sharing this show — this wonderful American story told by a diverse group of men, women, of different colors, creeds, and orientations.”