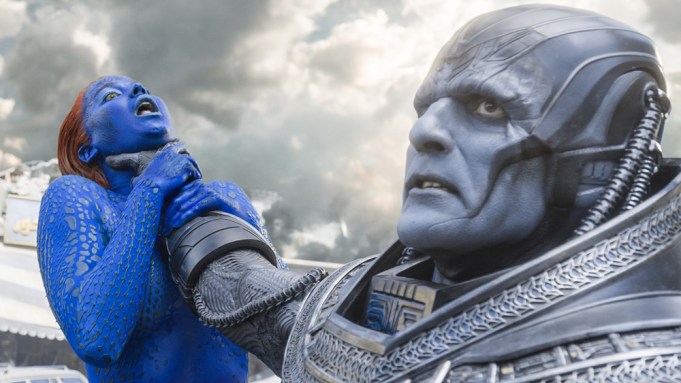 Mutants clash in the new footage, released by 20th Century Fox on Thursday, as they become divided once Oscar Isaac’s Apocalypse, the very first mutant — once worshipped as a god in ancient Egypt — awakens after thousands of years.

“Doesn’t it ever wake you up in the middle of the night? The feeling that some day they’ll come for you and your children,” Michael Fassbender’s Magneto asks James McAvoy’s Professor X before he turns to the dark side. The first teaser for the sci-fi film, released in December, indicates that the answer is yes.

“No more false gods,” he warns them as they embark on a mission to cleanse the world, and face off against Professor X, Mystique, Beast (Nicholas Hoult) and their team of young X-Men (which includes newcomers Sophie Turner and Tye Sheridan).

“We’ll take everything from them,” Magneto says.

The trailer — set to Clairity’s haunting rendition of the Coldplay hit “Don’t Panic” — closes with footage of Apocalypse putting Mystique in a chokehold as she gasps for air.

Bryan Singer returns to direct “X-Men: Apocalypse,” which hits theaters on May 27.