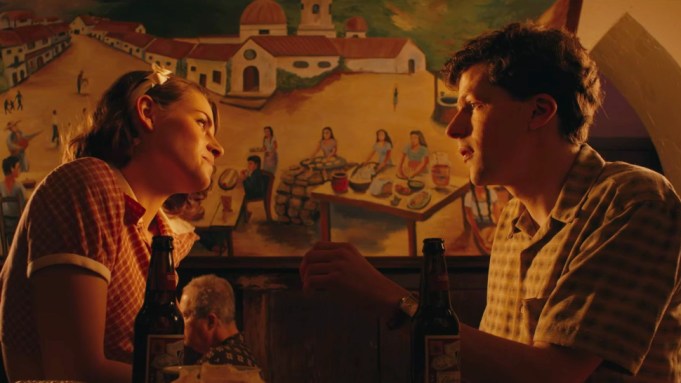 The first trailer for Woody Allen’s Amazon film “Cafe Society” has been released.

The 1930s romantic drama, which will open the 2016 Cannes Film Festival, stars Jesse Eisenberg as Bobby, a young man who relocates to Hollywood in the hopes of pursuing a career in film. Once situated in the entertainment hub, he falls in love and becomes captivated by the lush Hollywood scene. Kristen Stewart, Steve Carell, Blake Lively, Parker Posey and Jeannie Berlin also star in “Cafe Society,” which is Allen’s first feature to be shot in digital.

“This whole town runs on ego,” Carell’s character, who plays Bobby’s uncle and a key industry figure, tells Bobby in the clip.

Allen made an appearance at Cannes just last year for his Joaquin Phoenix and Emma Stone-starring crime-drama “Irrational Man” and again in 2011 for “Midnight in Paris,” which opened the festival.