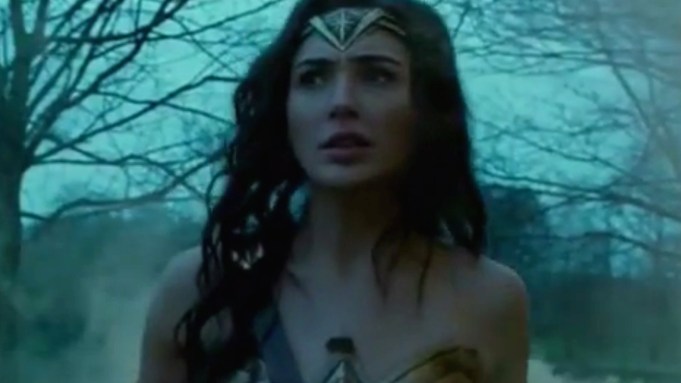 In addition to premiering the new “Suicide Squad” trailer, Warner Bros. unveiled the first footage from “Wonder Woman” during Tuesday’s “Dawn of the Justice League” special on The CW.

Starring Gal Gadot, the DC origin film tells the story of Amazon princess Diana and how she became the legendary superhero.

Chris Pine, Danny Huston and Robin Wright co-star in the pic, which is currently filming overseas.

“We are going to see her coming of age, the entire history, what’s her mission,” Gadot says in the new footage, which also featured the voice over of Pine.

“Telling a story of this now is pivotal and important, the story of a very powerful woman,” he says.