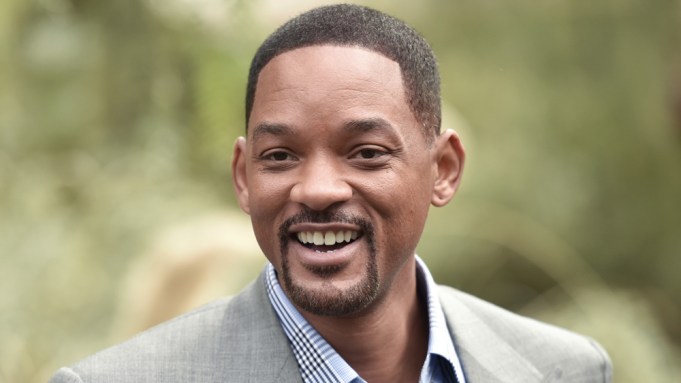 Will Smith has joined his wife, actress Jada Pinkett Smith, in vowing not to attend the Feb. 28 Academy Awards ceremony in protest over the lack of diversity among nominees in major categories this year. Smith’s decision comes as pressure mounts on the Academy of Motion Picture Arts & Sciences to address what many are calling the org’s diversity crisis.

Smith told “Good Morning America” anchor Robin Roberts on Thursday that he is “uncomfortable” with the situation. For the second year in a row, the 20 acting nominees are all white. Smith generated Oscar buzz this awards season for his work in the football drama “Concussion.”

“My wife’s not going. It would be awkward to show up with Charlize (Theron),” he said. “We’ve discussed it. We’re part of this community. But at this current time, we’re uncomfortable to stand there and say, ‘This is OK.'”

Smith has previously been nommed twice for best actor, for 2001’s “Ali” and 2006’s “The Pursuit of Happyness.” He lost both times to other black actors: Denzel Washington for “Training Day” and Forest Whitaker for “The Last King of Scotland.”

“To me, that was huge,” Smith said. “So when I see this list and series of nominations that come out – and everybody is fantastic. That’s the complexity of this issue. … But it feels like it’s going in the wrong direction.”

Smith said he has a responsibility to speak out or risk contributing to the problem.

“[For] my part, I think I have to protect and fight for the ideals that make our country and our Hollywood community great,” he continued. “And so when I look at the series of nominations of the Academy, it’s not reflecting that beauty.”

Although his wife’s call for a boycott was partly motivated by him getting snubbed for his role in “Concussion,” Smith insists the root of the issue is much bigger than that.

“This is so deeply not about me,” he said. “This is about children that are going to sit down and watch this show and they’re not going to see themselves represented.

“There’s a regressive slide toward separatism, towards racial and religious disharmony,” he added. “And that’s not the Hollywood that I want to leave behind.”

The angry response to this year’s Oscar nominations has steamrolled in the past few days. Pinkett Smith expressed her outrage last week after the Jan. 14 nominations announcement. Director Spike Lee joined her in vowing to sit out the ceremony, although on Wednesday during a “GMA” appearance, Lee made a point of telling anchor George Stephanopoulos that he was not calling for others to boycott the ceremony.

Also on Wednesday, past AMPAS board member Quincy Jones said he would seek to address the current board next week on the issue. Jones is the first African-American to be appointed to the Academy’s board of governors and the first African-American to be awarded the Academy’s prestigious Jean Hersholt Humanitarian Award. He’s also a four-time Oscar nominee and he exec produced the Oscar telecast in 1996.