James Franco Tries to Charm Bryan Cranston in ‘Why Him?’ Trailer 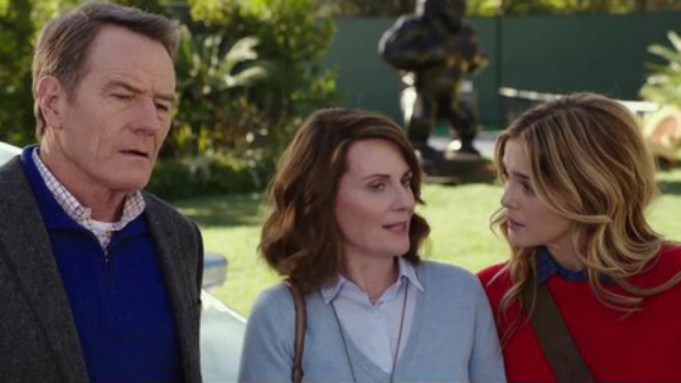 Bryan Cranston is thoroughly unimpressed with James Franco’s charm offensive in the first trailer for Fox’s comedy “Why Him?”

“He’s as strange as they come,” says Cranston, portraying a down-to-earth Midwestern father confronted by the fact that his daughter — played by Zoey Deutch as a Stanford student — has fallen in love with an uninhibited Internet billionaire played by Franco.

Franco tells Cranston that he’s going to marry the daughter, asserting, “By Christmas morning, you’re going to be calling me dad.”

Cranston is having none of it, despite Franco’s efforts to ingratiate himself — such as getting a tattoo on his back of the photo from Cranston’s family holiday card. “I’m going to take this octopus down,” he vows.

John Hamburg is directing from a script he co-wrote with Ian Helfer. Shawn Levy is producing through his 21 Laps banner along with Ben Stiller through his Red Hour company, Dan Levine and Jonah Hill.

Fox is opening “Why Him?” on Christmas Day.