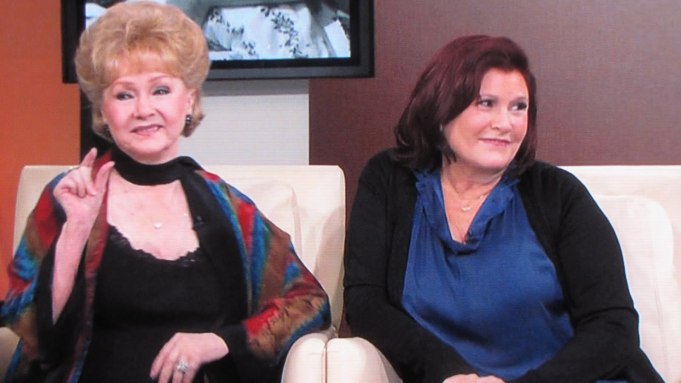 Debbie Reynolds and Carrie Fisher, who both died this week, rose to some of the highest peaks in Hollywood during their fabled movie careers. But life wasn’t always glamorous for this mother-daughter duo. In fact, both Reynolds and Fisher became almost as famous for their off-screen challenges as for their onscreen triumphs: Debbie’s relationships with men, Carrie’s drug abuse and mental health issues, the Elizabeth Taylor scandal.

In this interview in which they appeared together on “Oprah” in 2011, Reynolds and Fisher show off their razor-sharp wit and humor in recalling the darker days and show why, as a family, they have been so resilient.

In the 40-plus minute footage, the duo also perform a medley of “You Made Me Love You” and “Happy Days Are Here Again” to the delight of the audience.

Reynolds, 84, died suddenly on Wednesday only one day after her daughter, 60, died of heart failure.