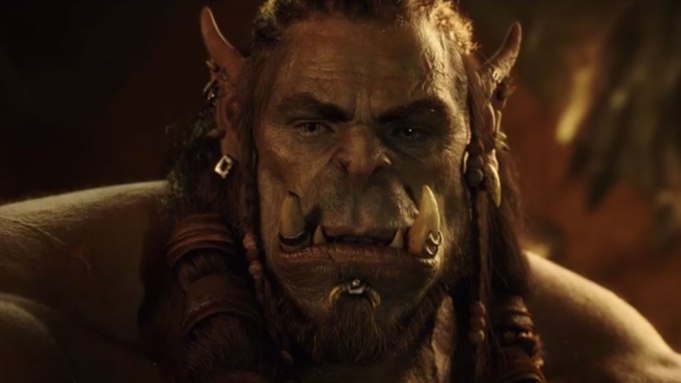 The budding alliance between the humans and the orcs still looks rough in the new TV spot for Legendary’s “Warcraft,” which debuted on Sunday.

“They’re beasts,” says Ryan Robbins’ Karos. “They should all be destroyed.”

The spot is just 3o seconds long, but it gives another peek at the adaptation of Blizzard Entertainment’s wildly popular “World of Warcraft” video game series, showing more action from the 3D fantasy epic.

The story is set in Azeroth, a once-peaceful realm that faces war when orc warriors invade their land, fleeing their dying home to colonize another. As a portal opens to connect the two worlds, one army faces destruction and the other faces extinction.

The first trailer for the movie debuted at Comic-Con in July before hitting the Internet in November. “Warcraft” was originally set to release around this past Christmas, but with box office behemoth “Star Wars: The Force Awakens” also bowing on Dec. 18, the studio shifted the title.

“Warcraft” will hit theaters on June 10.