Viola Davis and Tom Hanks on Acting in Stage vs. Film and ‘The Trap of Biopics’ 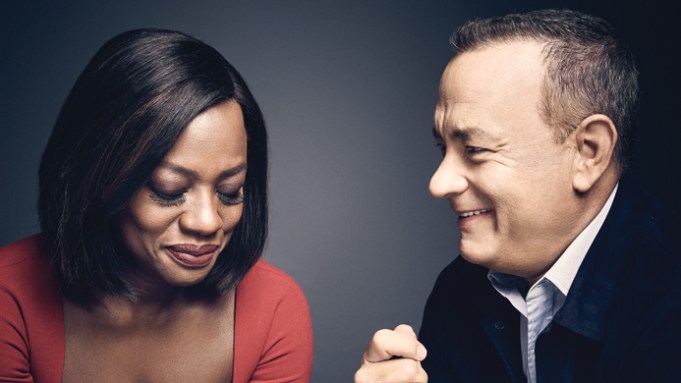 Tom Hanks: Is the perfect preparation for shooting a movie to have done the same exact text for 800 performances already?

Viola Davis: I would say, Tom, that it probably is not. I think that when you’ve done the text, yes, you have done the prep work. But what you have to be is still surprised. You can’t do it by rote. So with [the theatrical version of] “Fences,” we rehearsed for four weeks, we did four weeks of previews, and I did the play for 13 weeks. And so, yeah, there’s a knee-jerk response: “Oh, I already know it.” And then something surprises you — you wake up. Someone throws you a line in a different way, and you’re like, “Oh, wait a minute.” So it’s a great preparation, and it isn’t a great preparation.

Hanks: But you have to [act] so surprised in “Fences,” because you get some huge news there. And you’ve already responded to that huge news, I’m going to say, a thousand times.

Hanks: I find that when you’re no longer thinking about the dialogue as dialogue — meaning, something you had to memorize — when you know it as well as you know the Pledge of Allegiance or your favorite song that you’ve been singing since you were 13, there’s a freedom of just starting, and it takes you wherever it is that you go. So if you’ve done the play for 150 performances, you don’t have to think of the dialogue as dialogue.

Hanks: So you’re still discovering yourself as that character?

Davis: Absolutely. The parts of the play that I didn’t hit — that I feel like I never discovered onstage — now it’s a chance to discover it.

Hanks: The bad thing about doing things on film is they live forever. If you’re going through the grid seven years after you’ve made the movie and boom! — there it is on HBO or Showtime, and you end up catching seven or eight minutes — that’s all I can stand of any one of my movies.

And I just pray that I have no memory of doing it, because if I do have a memory, it’s a painful one: Here’s a moment that I didn’t land it, here’s a moment that I never thought was great. But every night in the play, you react — you react to the moment one time, and then it’s gone. The great thing about doing plays is they’re gossamer things, and in the wink of an eye they disappear. But every film you’ve made is going to live forever.

Davis: I did a play, “Seven Guitars,” for over a year, and I didn’t feel like I ever got it. It’s kind of the impostor syndrome that is always coursing
through our DNA as actors, that …

Davis: We’re frauds. This moment is a fraud. David Mamet says if there’s an actor on the stage and there’s a cat on the stage, who are you going to watch? You’re going to watch the cat, because the cat is just being the cat. I find that acting on screen is small, because the camera’s there. You just don’t need much to be honest. “Understated” — people say that a lot, right?

Hanks: I’ve played other people in movies — Charlie Wilson and Jim Lovell and Richard Phillips. And I always said: “Look, I’m going to say things you never said. I’m going to do things you never did. I’m going to be places you never were in this movie. But in spite of that, I want to make this as realistic as possible.” You have to bring in those moments of just pure human behavior, without putting a hat on a hat, or gilding a lily, or stirring a pot that doesn’t need to be stirred. And a lot of the time that’s contrary to cinematic narrative.

Hanks: One of the things that happens with people in our position, they ask us, “How did you do that moment? What was the secret?” And I have to say, “I haven’t the vaguest idea. And if there was a secret to it, do you think I’d share it with you?”

Hanks: I’m not going to say, “Here’s exactly what I did: I thought of my dog that died when I was 8 years old, and I transposed that to the lonely feelings!” I’m not going to tell anybody how I got there. One, because I don’t know, and two, if I was to think about how I would get there, I would never be able to get there again.