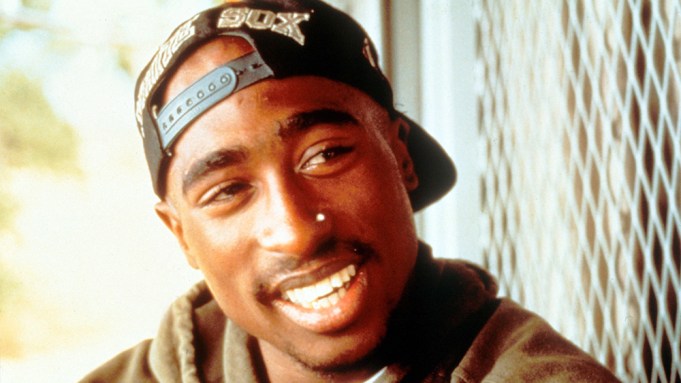 The intense first trailer for the Tupac Shakur biopic “All Eyez on Me” has been released on what would have been the rapper’s 45th birthday.

The minute-long teaser includes footage of star Demetrius Shipp, Jr.’s Shakur performing on stage before being arrested by the police and the FBI. A voiceover by his mother Afeni Shakur (played by Danai Gurira) tells him, “Like all black men, you have a bullseye on your back. They are going to give you the tools you need to destroy yourself.”

Shipp appears near the near the end of the teaser trailer, saying, “If they kill me, I want the people to know the real story.”

The cast of the Morgan Creek movie, filmed earlier this year in Atlanta, includes Lauren Cohan, Kat Graham, and Jamie Hector. “All Eyez on Me” chronicles the life and legacy of Tupac Shakur, including his rise to superstardom as a hip-hop artist and actor, his imprisonment, and his time at Death Row Records.

“All Eyez on Me” is directed by Benny Boom. The film’s title is taken from Shakur’s fourth studio album, which was released in early 1996.

The film is produced by James G. Robinson and David C. Robinson of Morgan Creek Productions, along with L.T. Hutton. It will be distributed by Open Road Films.