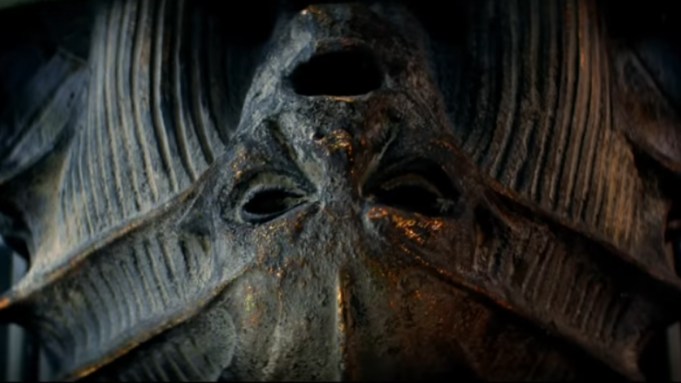 The first extended look at “The Mummy” reboot is here, and with it, a whole new world of gods and monsters.

Universal dropped the full trailer for the first in its planned monster universe on Sunday night, featuring star Tom Cruise in “Mission: Impossible”-level Ancient Egypt action. In the new movie, after an ancient princess, played by Sofia Boutella, is awakened from her crypt beneath the desert, she brings malevolence and great terrors that endanger modern-day people.

“Please meet Princess Ahmanet,” Russell Crowe tells Cruise in the trailer, as the princess wreaks havoc over London. “She will claim what she has been denied.”

While there’s plenty of action — including Cruise dying in the first 30 seconds in a plane crash, and then appearing to come back to life — Crowe has previously talked up the horror aspects of the reboot. “This one is kind of more designed to seriously scare the s— out of you,” he said in May.

The previous “Mummy” franchise spanned four movies released between 1999 and 2008. They famously starred Brendan Fraser, who will not be returning for the new film.